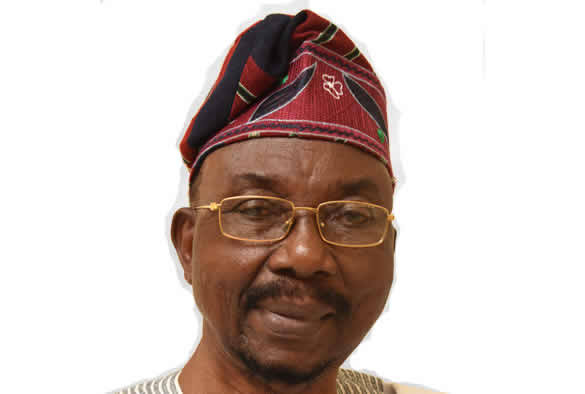 Describing the late Senator Olabiyi Durojaiye as a consistent politician and honest leader, Abiodun who gave this description at the final burial service for late Senator Durojaiye at the Cathedral Church of St. Matthew, Ijebu-Igbo, on Saturday, disclosed that the news of the passing of the late elder stateman was a shock to him, saying “it was like passing of a second father”.

“Baba Durojaiye was another father to me and this is not a cliche, it is a fact. He was an epitome of consistency; he was an honest man who loved his family and his children,” the governor said.

While also noting that the late Senator was diligent, principled and consistent in everything he did, Abiodun said Senator Durojaiye supported him through his political sojourn.

“Baba supported me all through my political sojourn, Baba expressed an opinion that only the likes of Baba and Senator Kaka can express. When they take a position out of conviction, they stand by that position. Baba took that position from when I started contesting and he was consistent in that position all through.

“He was very diligent in anything he did, he was called an encyclopedia, he was a literary icon, he was a successful banker and a respected lawyer. He was very principled, very consistent and he was not a man that will take a position today and take a contrary position tomorrow,” the governor pointed out.

The President of the African Development Bank (AFDB) Dr. Akinwunmi Adesina, while describing the late senator as a giant in truth and dedication, added that “my uncle lived a life of transparency and decency”.

Abiodun had on Thursday, paid a condolence visit to the family of former Military Governor of Oyo State and Sole Administrator of Ekiti State, Major-General Tunji Olurin (rtd) who died recently in Lagos.

The governor also paid a similar visit to the family of a foremost industrialist and elder statesman, Chief Femi Olopade, who passed on during the week at age 95.

Speaking at the Park View, Ikoyi, Lagos residence of late General Olurin, Abiodun described the one time ECOMOG Commander as a patriot who served his country by enlisting in the army and rose to the peak of his career.

He noted that the governorship candidate of the Peoples Democratic Party (PDP) in the 2011 general elections in Ogun state, joined politics to lead the the state, adding his love for the country and the Ogun was overwhelming.

“General Olurin was a very dependable, reliable, gentle and worthy son of the state who offered wise counsel which we tapped from time to time. I was shocked by the demise of this great son of our state.

“I know how it feels to lose a loved one. The pain and trauma is so unbearable. It is my prayer that God will give the family the grace to bear the loss”, he said.

At the Ikoyi residence of late Olopade, Abiodun lauded the industrialist who was a close ally of former President Olusegun Obasanjo, for mentoring people who are currently doing well in their various fields of human endeavours.

He noted that Chief Olopade was concerned about the development of Ogun State, southwest and Nigeria, adding that “he was a loving and industrious son of this state”.

“Chief Olapade left a worthy legacy. He was a role model. It is now left for those of us living to live an impactful life. He has done his best and gone to rest with his Maker. My prayer is that God will forgive his sins and grant him eternal rest”, Abiodun added.

Responding on behalf of the family, Demola Olopade, thanked the governor for the visit, declaring that the visit has lifted their spirit and make it much easier to bear the loss of their father.