‘Allegation of $1.2m London house is not true’- Stella Oduah 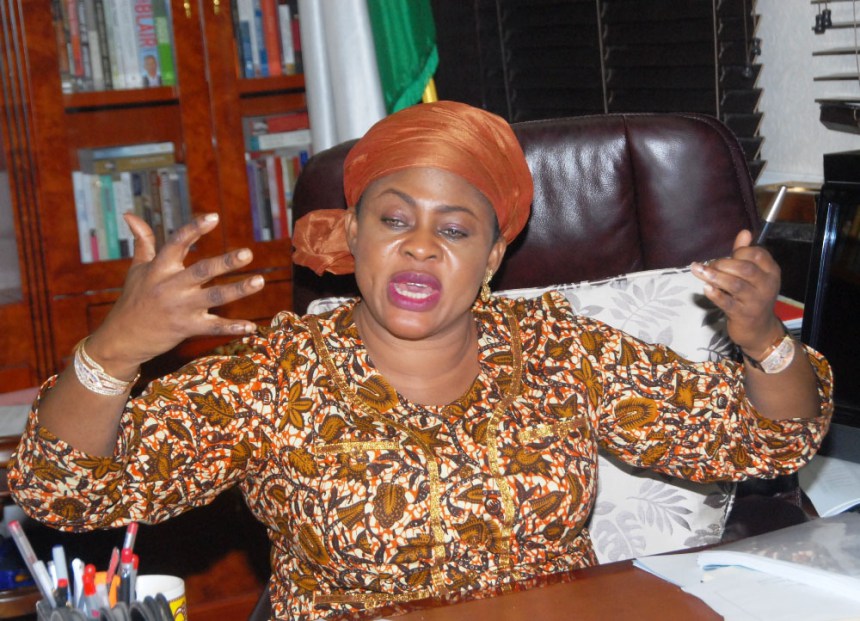 ‘Allegation of $1.2m London house is not true’- Stella Oduah

(NAN)     A National Assembly member, Sen. Stella Oduah, has debunked allegation that she bought a 1.2 million dollars house in England while she was Minister of Aviation, saying it is untrue.

She said at a News Agency of Nigeria (NAN) Forum in Abuja on Thursday that the allegation made in an online publication was a total falsehood, without any foundation.

The online medium’s report alleged that the senator purchased the property under another name and that the ownership of the property was uncovered when she attempted to rent it out in March, 2017.

Oduah described as “unfortunate’’, the medium’s penchant for continual publication of falsehood about politicians and people in government.

“Of course, the allegation is not true, it cannot be true.

“It is unfortunate that we have a country where journalists will copy a story without verifying the authenticity of that story.

“When you read my statement on it later, then it will be for you to make up your mind. But, categorically it is untrue and it is unfair,’’ she said.

The lawmaker recalled that the same online medium had reported that she purchased two BMW cars when she was minister.

She said that the medium only published lies, adding that the vehicles were property of the Federal Government, which she never bought for herself or took away when she left the minister.

“In fact, bullet proof cars were never a transaction that was not approved.

“So, I now realise and symphatise with anybody that works or tries to work for government, because you will have the likes of Sahara Reporters thrive on making your life difficult.

“I rise above that at all times because I know that what they say is never the truth, particularly on my case, it is not true.

“It cannot be true; why will I purchase vehicles on higher purchase and then it is on the ministry’s and agency’s name, why?

“That same vehicle, I never drove it for one day and when I was leaving the ministry, I didn’t take it along with me?

“The question should be `where are those bullet proof cars today?” she said.

Oduah blamed the negative reports on persons who were unhappy with her efforts to revive the nation’s aviation industry when she served as the minister.  NAN