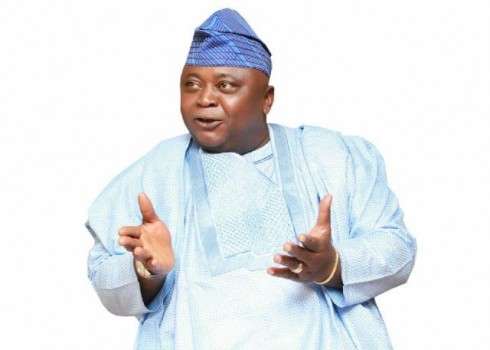 The just-concluded Peoples Democratic Party (PDP) ward congresses held across the country has exposed the lack of capacity of some to deliver electoral in their immediate domains.

The PDP ward congresses have also removed the garb of “heavyweights” politicians from political neophytes who hide under the images of their principals and paymasters to peddle lies and illusions about themselves.

The above summarizes the scenario which played itself out during the PDP ward congresses held in Sagamu local government area of Ogun State yesterday, October 22, 2017.

According to information reaching us, two budding politicians, Bola Oluwole and Arole Azeez Bello who brand themselves as Alpha and Omega in the local government, owing to their closeness to a House of Representatives member and governorship aspirant, Hon Ladi Adebutu were disgraced totally as their candidates for different wards positions were defeated hands down.

Our reporter who monitored the ward congresses in Sagamu local government revealed that the victorious group was led by a grass root mobiliser and popular politician called Jamiu Olododo.

We learnt that while the duo of Bola Oluwole and Arole Azeez Bello were brandishing the names of Hon Ladi Adebutu for their candidates, their antics came to naught as the group led by Jamiu Olododo carried the day after elections were held’

“Elections were held in ward 1(Epe), ward 3(Ayegbami), ward 8(Latanwa), ward 10(Ogijo), and ward 15(Agbowa). The Olododo group trashed the Adebutu boys like baby politicians Bola Oluwole and Arole Azeez were really disgraced to the level that they wanted to get violent. They brought in some machete-wielding cult boys to attack the Jamiu Olododo group, but the cultists didn’t succeed as the mammoth crowd supporting the Olododo group repelled them. “Our source narrated.

Meanwhile, another dimension added to the conduct of the Sagamu ward congresses was that after receiving political beatings in the five wards mentioned above, Bola and his partner Arole decided to hold separate congresses for the remaining 10 wards that make up the fifteen wards in the local government area, therefore making Sagamu local government presenting two different results for the congresses.

“Ladi Adebutu has to call these boys to order. They are becoming too arrogant and overbearing, and if care is not taken, they will destroy the goodwill Adebutu is enjoying from the people.” The PDP stalwart advised.