HomeSocietyAnthony Joshua: ‘I don’t have a girlfriend and I haven’t had one...
SocietySPORTS

Anthony Joshua: ‘I don’t have a girlfriend and I haven’t had one for a while’ 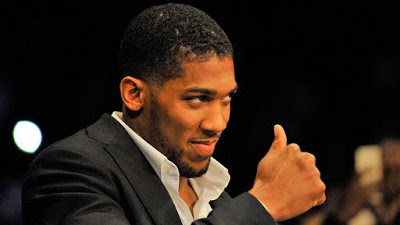 World heavyweight boxing champion, Anthony Joshua has revealed he has no girlfriend at the moment which confirms his status as a complete bachelor.

Despite his famous and wealthy status, the world number one pugilist in a chat with The Sun disclosed he ‘honestly haven’t found anyone.’

He further opened up about fatherhood, finding love and life in lockdown with his family.

Joshua, while Speaking about his love life, says:

“I think you can date and still be a successful sportsman but it’s hard to find a balance and I would have to compromise — which I’ve not felt able to do.

“My dad never gave me advice about much. But in terms of relationships what I have learnt and what I tell my son is, it would be nice to find a high school sweetheart and to grow together because as you get older you get set in your ways.

“For me to have a relationship now means I would have to compromise and change my ways and I don’t know how easy that would be for me to do.

“So I do date but I don’t get to the stage where I actually put anyone into that position.

I don’t have a girlfriend and I haven’t had one for a while. But as I get older I do think it would be nice to have someone, someone to grow with as well — but I honestly haven’t found anyone.”

The 33-year-old also believes that any future girlfriend would have to understand being famous.  He explains:

“Maybe I need to get off the estate and start going to celebrity parties — maybe do something different.

“I hope I will — and probably meeting someone else who understands fame would make sense. I would hope so. But it needs to be someone down to earth, family-orientated – someone who can call my mum their second mum.

“It takes time to grow that and, as I said, now I am older I am stuck in my ways. As I get older it would be nice to bring someone into my world but it’s dependent on who and I just haven’t found someone yet.

“Maybe we can go on a hunt. We have all the time now.”

On parenting his 4-year-old son JJ, he said he initially embraced home-schooling his son but as the lockdown continues, it has been a struggle.

He told how the youngster’s attention has gradually drifted away from his dad’s tuition and towards his favourite cartoons instead. He says:

“I started off as super-dad and then that slowly went out the window and to be honest he’s watching way too much TV now.

The only thing he wants to do is watch Paw Patrol and Ryan’s World – there’s no way you’d get him watching Joe Wicks.”

AJ’s success in the ring means little to JJ and his modest dad is perfectly happy with that.

He says: “At home he doesn’t really think of me as a famous boxer or anything like that. I’m not a superstar and he doesn’t think so either. He knows I fight but that’s all. I always keep that stuff away from home. I’m not like that at home – and I’m not even like that when I go out, really.”