newsheadline247
HomePoliticsAPC considering restructuring Nigeria because we want to win in 2019 –... 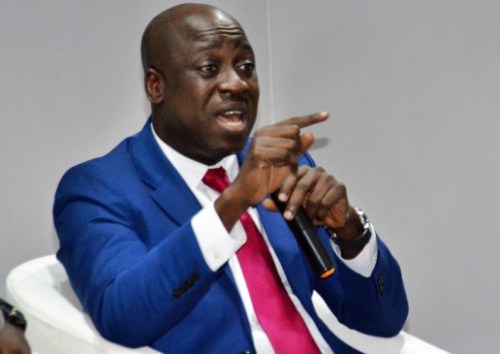 Publicity Secretary of the All Progressives Congress (APC), Bolaji Abdullahi has revealed that the party set up a restructuring committee so it could emerge victorious in the 2019 election.

Speaking in an interview on The Osasu Show, the APC spokesperson said since restructuring was part of the party’s manifesto in the electioneering campaign of 2015, it will not be able to ask Nigerians to re-elect it if it failed to fulfil its promise to restructure the country.

Asked why the APC decided to consider the idea of restructuring after many of its members, including President Muhammadu Buhari, had said no to it, Abdullahi said individual opinions should not be substituted for that of the party.

When the anchor, Osasu Igbinedion asked: “But isn’t it very opportunistic of the APC government to propose this 13 point agenda less than a year to the 2019 election? Are you doing this because you want to win re-election in 2019?”

Abdullahi responded: “Yes, of course, yes… if you promise people something, the only way you can go back to them and say vote for us again is that you get it done.

“The whole idea on restructuring is anchored on the desire to have more efficient government and to bring governance closer to the people and put people in control of their lives.

He was also asked why Nasir-el-Rufai, governor of Kaduna state, who is “not an advocate of restructuring” was made to head the committee, Abdullahi jocularly said maybe it was a plan to convert him.

“Maybe the plan was to convert him. There is nowhere Nasir el-Rufai said he doesn’t believe in restructuring,” he said.

“What he said is that all those people talking about restructuring today don’t even know what it means and that these people were merely opportunistic. And that they were just trying to exploit the public sentiments for restructuring to promote their political agenda.

“And I must say to his credit that he never in anyway at any point in the course of our work impose his sentiment, opinion or idea on the committee.”