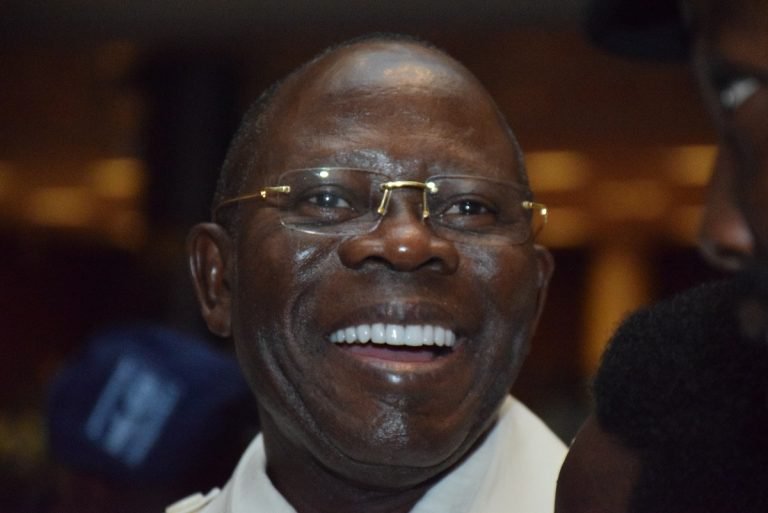 The All Progressives Congress (APC) delegates elected Edo governor, Adams Oshiomhole, as its national chairman in the party’s 2018 convention in Abuja.

Mr Oshiomhole was returned unopposed after several contenders withdrew from the race in the build-up to the convention.

The former Nigeria Labor Congress leader was on Saturday confirmed with voice affirmation by party members.

Mr. Oshiomole is to succeed fellow Edo man, the outgoing chairman of the party, John Oyegun.

Mr. Oyegun, alongside Oserhermen Osunbor, Clement Ebri, and Ibrahim Emokpaire, were initially in the race but eventually stepped down for Mr. Oshiomole.

The ruling party announced that 18 positions were unopposed, and all were affirmed on Saturday.

Governor of Jigawa State and the chairman of the 2018 convention committee, Mohammed Badaru made the announcement at the convention ground.

Here are some of the unopposed names as announced by the party: