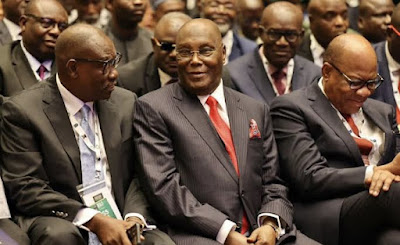 Presidential candidate of the Peoples Democratic Party (PDP) in the 2023 elections, Abubakar Atiku, says he would transfer the administration of federal universities to state governments if elected.

Speaking as a panelist at the annual conference of the Nigerian Bar Association on Monday in Lagos, Atiku argued that the federal government could no longer bear the burden of funding federal institutions.

“I argued with a university professor from Federal University, Lokoja. He said he read in my policy document that I intended to devolve, in other words, to return education to the states. How dare I do that?

“I said the children you send to America, to England, who own those universities? Mostly the private sector. So, why is it that you think we cannot do it here? We don’t have the money.” The PDP presidential candidate narrated.

Atiku further posited that the federal institutions should be made competitive for foreign and local investors to come in. That will open doors for desired developments that the Nigerians are thirsting for, he said.

“The only way is to make sure that you make a conducive environment available to both foreign and local investors to participate in our country, whether it is infrastructure, whether it is education, whether it is power,” he said.