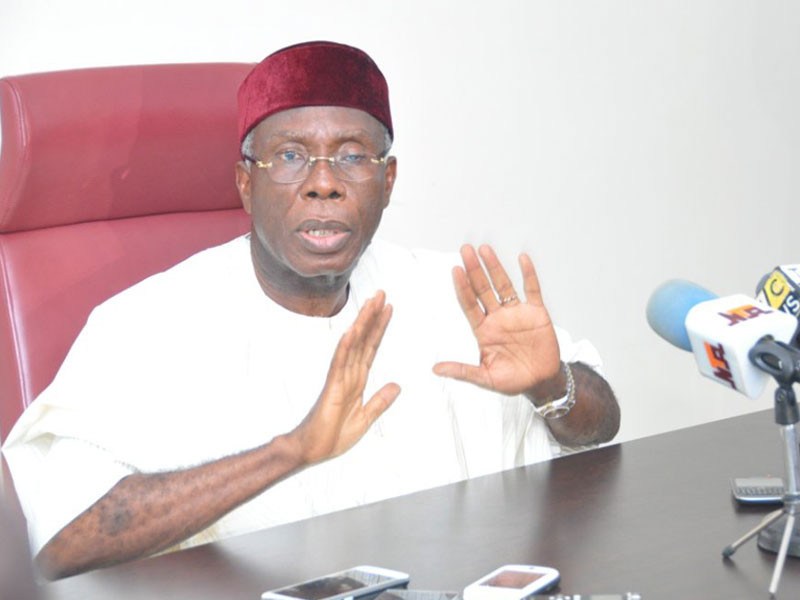 Chief Audu Ogbeh, the Minister of Agriculture and Rural Development has debunked a trending report on how he was forced to resign as the chairman of the Peoples Democratic Party (PDP) by former President Olusegun Obasanjo.

In furtherance of his claims, Chief Ogbeh described the story which consequently gone viral on social, as “trash fit for the dustbin.”

The Minister said in a statement that he feels sorry for ‘these merchants of falsehood’ and also noted the dangers in ignoring falsehood and wicked lies which are being peddled in the social media with reckless abandon.

Chief Ogbeh said; “My attention has been drawn to some publications in the fake news industry alleging that I issued a statement on why I was forced to resign at gunpoint as Chairman PDP. This is totally false and a bunch of lies and I feel sorry for these merchants of falsehood who relish in inventing lies which they dish to the public.”

According to The Nigerian Tribune, the Minister also expressed worry about the way this pattern of disseminating falsehood is becoming a regular feature in the citizens’ media and the danger they pose to national harmony and cohesion.

Chief Ogbeh who made reference to another false story circulated a week ago in the press that former IG Gambo had died in Mecca; thanked God that the former IG is alive in Abuja hale and healthy.

“When people write these stories without quoting a source and just pass it off for truth, one feels extremely sorry.”

“I will like to advise the generation that enjoys abusing this social media platforms that if they carry on doing what they are doing as the BBC has cause to warn yesterday, they will end up creating tension, conflict and war in our society, which can lead to irreparable damage and loss of lives.”