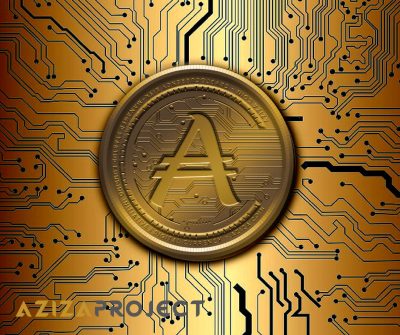 President Barrow Receives Over 40,000 bags of Rice from China Aid

In 2017, Damian Gawlowski, a South Africa insurance contractor based in the City of London, uncovered the hidden impact of intermediary fees with the more risk an investor took on. Up to 78% of returns from private equity are consumed by intermediary fees.

Gawlowski investigated and found that while this was the case, the underlying equity and bond returns were over 4% rather than the 1% he actually received. Undisclosed fees added, he calculated, made intermediaries consume over three-quarters of the underlying returns generated by the bond portfolio that was ultimately invested in.

Gawlowski considered putting his pension into higher risk investments such as private equity funds and as the mutual fund returns resulted in real depreciation of his pension by 1.3% per year after fees. He modelled a dummy private equity portfolio where he calculated that the portfolio would need to make 140% over a typical seven-year period simply to cover the fees and to keep up with inflation.

This meant that an (annualised) internal rate of return of 13.3% would be required to simply retain his 2017 buying power by achieving UK inflation of 2.7%. *

The Financial Conduct Authority has expressed concern about the level of fund management profits when it was quoted as saying in a report lambasting the statutorily-protected revenues of the United Kingdom’s £6.9 trillion fund management industry’s’ profit margin of 36%. It found that “firms do not typically compete on price with their retail active funds in the UK [and that] there is some evidence of a negative relationship between net returns and charges.” **

These fees, which the FCA regards as excessive, have real societal costs. As Einstein is alleged to have said, compound interest is the most powerful force in the universe. A pension that appreciates by 13.3% per annum (ie gross returns without the 78% intermediary fees will return 140% in seven years time, whereas with the fees added, an annual return of 2.7% will only appreciate by 20%.

These fees have already broken the defined benefit company pensions system and has the potential to cause real poverty in the Western world, where their effect is not well understood by the general population.

The fact that the UK financial services PR industry is worth £2 billion per year does not help. Furthermore, if the fund management industry is taking three-quarters of returns, with 40% of funds disappearing upfront, it becomes distinctly more risk averse, as any loss of retail investor capital will invite scrutiny and therefore shed light on the level of their fees.

This risk aversion is manifested in the fact that 0.02% of assets under management or only 8 billion Euros were allocated to startups in 2016. This matters since start-ups create more jobs than the rest of the economy combined. Pre-ICO, Damian invested in the Aziza Project, which seeks to use distributed ledger technology to automate and disintermediate the layers of fund management costs. The Project was careful to avoid the usual pitfalls that have beset other cryptocurrencies:

From the outset, it avoided the argument as to where it was a security or a utility, by registering under Reg D exemption in the United States as a security token.

Every buyer and seller of coins has been vetted and subject to the level of KYC required to open a high street bank account as well as being checked as being recorded as a taxpayer.

It became the first cryptocurrency in the world to integrate its reporting systems with a tax authority when it became a third party data provider to South African Revenue Services (SARS), ensuring that investor gains were reported and taxed as capital gains. 4. It is asset-backed by seven oil and gas concessions in Southern Africa.

Aziza Coin offers something Damian could not find anywhere else – low transparent fees where investor fees are limited to 10% upfront with no further fees. Its Ethereum-based smart contract automates the annual fund management function with a mere 800 lines of code.

So if the underlying exploration projects deliver the same underlying returns as Damian’s fictitious portfolio – 140% in seven years, his returns after fees will increase from 20% using traditional fund management fee structures to 126% — over six times times the returns.

Aziza Coin offers something that excites Damian more than reducing the fees. He has starting working on Acqumine, which has had discussions with the South African Revenue to internalise commodities taxation into a smart contract and eventually a pan-African commodities exchange that will enable host countries and local communities in the developing world to receive royalties due to them, while giving end customers piece of mind as to the true source of the minerals that make up consumer goods they buy.