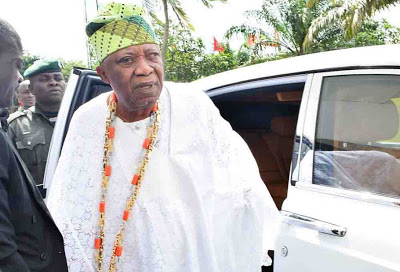 The report coming from Premium Times also pointed that Segun Adebutu, one of the sons of the billionaire lotto merchant, has been detained for questioning at the EFCC office in Lagos.

Officials of the EFCC confirmed the petition submitted by Buruji’s Western Lotto.

Adebutu and Kashamu both hail from the east senatorial district of Ogun state.

According to Premium Times, officials of the EFCC disclosed they have identified at least N5 billion in revenue losses against the government since the investigation began — directly blaming the management of Premier Lotto for allegedly shortchanging Nigerians.

The report also indicates the probe might be expanded to include other betting companies and investigate claims of sharp practices and how some firms allegedly withhold funds from winning customers.

The EFCC is yet to file any charges against Kessington and Premier Lotto.