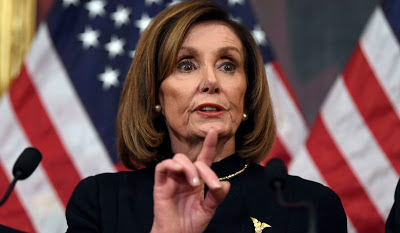 United States House of Representatives has condemned the decision of President Donald Trump to extend his administration’s travel ban that will affect Nigeria and some other countries.

For the new restrictions, countries on the list include Belarus, Myanmar (also known as Burma), Eritrea, Kyrgyzstan, Nigeria, Sudan and Tanzania.

On Monday, Democrats said that the House of Representatives will soon consider legislation that would repeal the travel ban and limit the president from imposing future restrictions, Reuters reports.

House Speaker, Nancy Pelosi said the House will consider the “NO BAN Act” which would overturn the ban and prevent the president from establishing future restrictions unless the administration provides strong evidence to justify it in consultation with the Congress.

“House Democrats continue to stand opposed to President Trump’s cruel, un-American travel ban in all of its iterations.

“In the coming weeks, the House Judiciary Committee will mark up and bring to the floor the NO BAN Act to prohibit religious discrimination in our immigration system and limit the president’s ability to impose such biased and bigoted restrictions,” Pelosi said in a statement.

Democratic Senator, Chris Coons, one of the authors of the NO BAN Act denounced what he called the “intentional use of cruelty” in the Trump’s administration’s immigration policy and said the Muslim ban was based on “prejudice, populism and discrimination”, rather than fact or security considerations.

“Our whole effort in introducing this legislation and trying to move it forward is to say our Supreme Court got it wrong,” Coons told reporters.