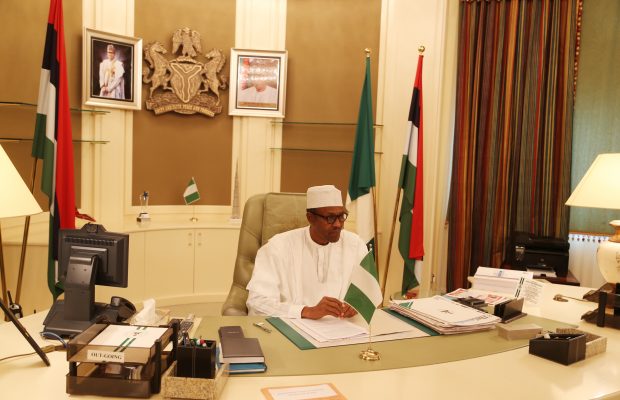 Former military President General Ibrahim Badamasi Babangida and Pastor Tunde Bakare have strongly condemned the current insecurity in the country and charged President Muhammadu Buhari to end the bloodletting and other dangers besetting the nation, The Guardian NG reports.

Bakare, a former running mate to Buhari in the 2011 elections, yesterday, outlined the shortcomings of his ally’s administration, concluding that the country was in urgent need of restructuring.

In a state of the national broadcast titled: ‘It’s Time To Renegotiate Our Union,’ the head of the Latter Rain Church said although the government anchored its policy outlook on security, job creation and anti-corruption, there are signs of retrogression everywhere.

Babangida has called on the Federal Government to urgently end the current bloodletting in the country.

“The Federal Government should stop the flow now,” the former leader stated in a statement on this year’s Armed Forces Remembrance Day. “We should eschew hate speeches, discrimination and other vices that trigger senseless violence and bloodshed.”

“I must also call on governments at all levels, religious leaders, traditional rulers, social activists and the media to serve as national vanguards in resolving some of the recent disturbing incidents affecting our national security.’’ And in the aftermath of the recent violent attacks on communities in Benue by Fulani herdsmen, political, traditional and opinion leaders from the state are expected to meet with Buhari today, to address the security challenges.

According to the Presidency yesterday, the meeting has become inevitable because of the frequency and disturbing menace of such violence and the reactions that have trailed the incidents.A Presidency source said it has been embarrassed by the large-scale loss of lives caused by such repeated violence against innocent people.

The source, who did not want to be named, said that the discussions at the meeting will address the issue of the Fulani herdsmen, but may go beyond their menace to include the issue of the arming, training and financing of militia groups by some state governments. Buhari’s government appears to be merely patching cracks on the wall, Bakare said.He stressed that opponents of restructuring were doing so for political gains.

Bakare noted that despite efforts at improving enterprise and job creation, unemployment rose to 18.8 percent from around 8.2 percent in June 2015. He said the figure indicates that between 2015 and 2017, the number of unemployed Nigerians rose from about 6 million to almost 16 million.He faulted the economic diversification policy, saying oil still accounts for over 90 percent of total exports revenue.

The ineffectiveness of the anti-corruption war could be seen in the loss of crucial corruption cases, he said. “For instance, in April 2017, the Federal Government lost four high-profile corruption cases in 96 hours. These are in addition to bizarre developments such as failure of the government to confirm a substantive chairman for the Economic and Financial Crimes Commission (EFCC), despite the fact that the same political party controls both the executive and the legislature. This is not to mention the public showdown between EFCC and the Department of State Services (DSS) officials, or the opposition of the director general of the DSS to the confirmation of the acting chairman of the EFCC.”

The government has not only failed to stop killings by herdsmen, said Bakare, “it has done so against the backdrop of conspiratorial silence, choosing rather to label such attacks ‘an issue of communal misunderstanding,’ as the Inspector General of Police recently did in respect of the Benue attacks. It has treated the menace with kid gloves, even after the Global Terrorism Index 2015 described militant herdsmen as the fourth most deadly group of 2014.”

He alleged that some of the killings were carried out in collusion with the military.“Despite the antecedents of the marauders, including the recent Adamawa incidents, Mr. President, in his New Year address to the nation, did not consider the menace or the pain of victims of previous attacks worth a mention. It has been reported, for instance, that as a result of the failure of the government to act, there have been reprisals on herdsmen, resulting in a vicious cycle of death and destruction. Yet, Buhari is rejecting the call to restructure our nation in order to bring lasting solutions to these and other signs of sectional discontent.”

On whether he would contest the presidency, Bakare said: “I am indeed running, but not for elections. It is a race of destiny and the destination is certain. The method by which God intends to do it is up to Him.”

The Peoples Democratic Party (PDP), meanwhile, has challenged the All Progressives Congress (APC) to a test of popularity.A statement by party spokesman, Kola Ologbondiyan, described the APC as mortally afraid of going into any election, particularly at the grassroots.

“Nigerians are at pains over the poor welfare direction of the ruling party, which has resulted in the penetrating hardship now being suffered under the APC-controlled Federal Government. The APC is petrified because Nigerians have renewed their interest in the PDP as the only genuine people-oriented party,” the PDP said.