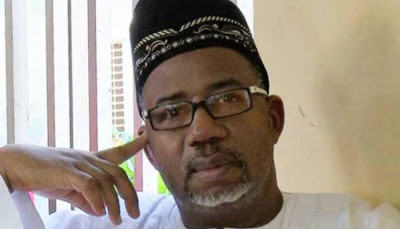 The governor of Bauchi State, Bala Mohammed, has tested positive for COVID-19, his office confirmed Tuesday.

The governor had announced his decision to self-isolate on his suspicion he may have contracted the virus.

Mohammed said he boarded the same flight and shook hands with Muhammed Atiku Abubakar, the son of Nigeria’s former vice president who has tested positive for COVID-19.

In a statement by his spokesperson, Mukhtar Gidado, on Tuesday, only the governor tested positive out of the six samples collected by the NCDC.

“This is to inform the general public that the results of the six initial tests carried out by the Nigeria Center for Disease Control (NCDC) on his excellency, Sen Bala Mohammed, his family and aides that accompanied him to Lagos is out,” the statement said.

“Of the six initial tests carried out, one sample was confirmed positive of COVID-19. The positive result happens to be that of his Excellency, Senator Bala Abdulkadir Mohammed, the Executive Governor of Bauchi State.

“At this point, it should be noted that the governor is on self-isolation as his doctors and officials from the Nigeria Center for Disease Control (NCDC) have taken full charge of his quarantine.”

“His excellency solicits for prayers from all and requests that all those who had contact with him or anyone known to have the same medical condition to go for test immediately in order to avert further spread of COVID-19 epidemic,” the statement read.

Nigeria has currently confirmed 42 cases of COVID-19. One of the patients died on Monday, according to officials.

Mohammed is the second senior government official to test positive for the virus after Abba Kyari, chief of staff to President Buhari.