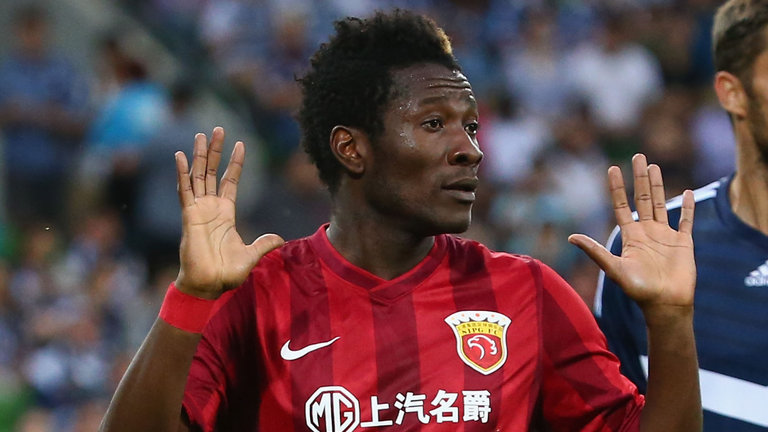 Ghana’s number one online news portal, GhanaWeb has released a list of most controversial Ghanaians who are well-known individuals and have attained notoriety for engaging in acts that sometimes outrage, shock, disappoint or divide members of the public.

The list includes Ghanaian football idols, Asamoah Gyan and Sulley Muntari. The also in the fold of most controversial people of the Black Star nation is the founder of the International God’s Way Church, Bishop Daniel Obinim.

Here are 11 of the most controversial people in Ghana:

11. Asamoah Gyan
The 30-year-old, who plies his trade with Shanghai SIPG, has courted one controversy after another in the last five years.
The first occurred when his friend and co-musician, Castro, went missing (probably died) in Ada in July 2014.
Gyan, who had taken Castro and other friends on a weekend rendezvous at Ada, failed to speak for two months on the circumstances leading to the disappearance of the hiplife artiste and his lady friend, Janet Bandu, when they went for a boat cruise on the Volta River.

His loud silence on the matter sparked a rumour that he was responsible for the musician’s death. When a Daily Graphic journalist, Daniel Kenu, asked Gyan what he made of those rumours at a press conference in Kumasi, the Black Stars captain attempted to assault him but was restrained.
Two days later, Gyan’s senior brother, Baffour Gyan, led thugs to assault the journalists at the Baba Yara Sports Stadium, provoking public outrage.
Gyan also made headlines for the wrong reasons in 2015 when a 22-year-old University student, Sarah Kwabla, accused him of raping her and forcibly having anal sex with her.
The Black Stars striker again sparked public anger when he reportedly slapped a worker of Alisa Hotel hotel in Accra February over a misunderstanding.