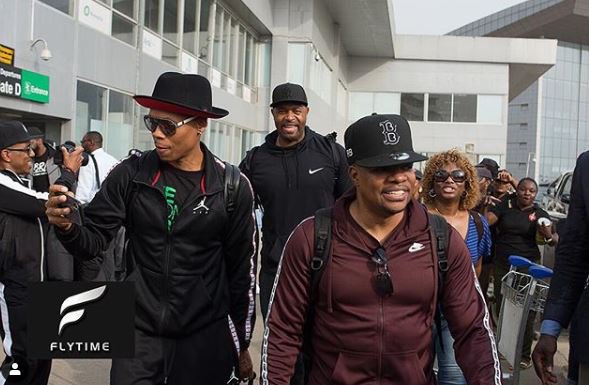 American singer, Bobby Brown, and the trio of Bell Biv DeVoe have arrived in Lagos ahead of the 2018 edition of the Flytime Music Festival.

Brown, the ex-husband of late Whitney Houston, is scheduled to perform on the second day of the much awaited music festival.

The festival is scheduled to hold between December 21 and 23 at Eko Convention Centre, Lagos.

The organisers, in a statement, said Brown, together with Ronnie Devoe, Ricky Bell, Michael Bivins, will thrill the audience to a night of “explosive entertainment”.