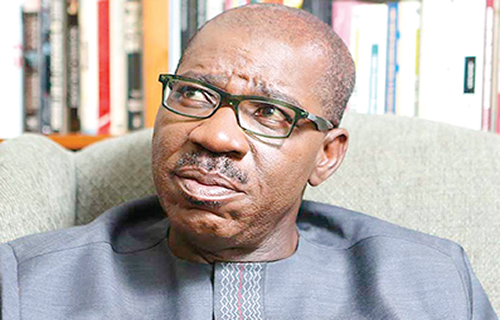 Cement manufacturer, BUA has reacted to the arrest of its employees on the orders of the Edo state Governor Godwin Obaseki. The company, from its release, condemned the Edo State governor’s ‘gestapo’ style of the arrest.

According to the statement issued as obtained by newsheadline247; “BUA as a responsible corporate entity has instructed its lawyers to report back to the courts on this latest developments and pursue all legal channels to enforce its rights.”

Below is the full text of the statement:

We have been made aware that today, the Edo State Governor, in the company of some security operatives, visited one of our mining sites in Obu-Okpella, Edo State to effect a gestapo-style forceful shutdown of that mine despite a subsisting court pronouncement that the Mine be allowed to operate.

Upon reaching that mining site and not meeting any personnel or equipment, two BUA Cement employees were invited to the mining site to receive the Governor.

Now that one of our mining sites has been forcefully closed down by the Governor without regard to the court’s pronouncement on maintaining status quo at that particular site (and without any formal communication from the Edo State Government), BUA as a responsible corporate entity has instructed its lawyers to report back to the courts on this latest developments and pursue all legal channels to enforce its rights.

Whilst the Governor based the legitimacy of his actions on a purported Stop-Work order from the Ministry of Mines, BUA wishes to reiterate that there is a pronouncement of the Federal High Court sitting in Benin on December 5, 2017 that declared the Stop-work order issued by the ministry as a contravention of the Court’s directives to maintain status quo and thus deemed it illegal. The same court also threatened to arrest the Minister who is the first defendant in the case if the stop word order continues to be pursued.
We once again ask all parties to await the conclusion of judicial process as this matter is already before a court of competent jurisdiction.