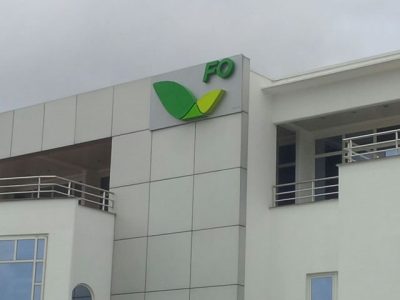 For the second year running, Forte Oil maintained its leadership as the worst performing stock on the Nigerian Stock Exchange (NSE) in 2017 in percentage terms.

Statistics obtained by the News Agency of Nigeria (NAN) from the exchange indicated that the stock, which opened trading in 2017 at N84.43, dropped by 48.50 per cent to close the year at N43.48 per share.

NAN reports that Forte Oil in 2016 also emerged the worst performing stock in 2016 in percentage terms having dropped by 74.42 per cent.

University Press followed with a loss of 46.23 per cent to close at N2.28 compared with N4.24 it opened for the year.

Omordion said that mixed performance posted by the company in 2017 and unclear business plan or direction to investing public on the happenings in the company or where it was heading to, contributed to the development.

He also attributed the University Press depreciation to dwindling dividend payout and unimpressive numbers, as the increasing cottage industries operation continued to affect its bottom line.

Conversely, Dangote Sugar was the best performing stock in percentage terms during the review period.

Omordion linked Dangote Sugar growth to improved numbers and 50k interim dividend as a result of backward integration that reduced operating cost due to sugarcane farms.

He said that infusion of the three major players would boost numbers as market share increases.

Omordion said that Fidelity Bank’s growth was due to oversubscription of its Eurobond, which boosted investors’ confidence and as well improved positive numbers.