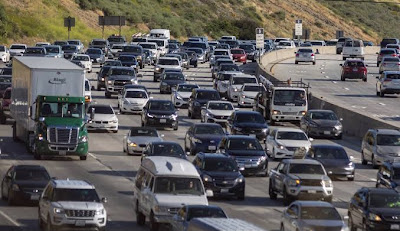 The state of California is set to enforce a ban on the sale of new gasoline-powered cars from 2035 to combat greenhouse gas pollution.

The ban is to go into effect on Thursday. It is backed by a rule issued by the California Air Resources Board that will require 100 per cent of all new cars sold in the state by 2035 to be free of fossil fuel emissions.

“The climate crisis is solvable if we focus on the big, bold steps necessary to stem the tide of carbon pollution,” The New York Times quotes California Governor Gavin Newsom as saying.

The plan follows an executive order issued in 2020 by Mr Newsom, that called for phasing out new cars with internal combustion engines within 15 years.

The rule set an interim target, mandating that 35 per cent of new passenger vehicles sold in the state by 2026 produce zero emissions. By 2030, the target would climb to 68 per cent.

California is the largest auto market in the United States and car makers such as Toyota have recognised California’s authority to set vehicle emissions standards under the U.S. Clean Air Act.

“Toyota continues to share the vision of greenhouse gas (GHG) reduction and carbon neutrality goals with the California Air Resources Board (CARB) and the State of California,” Toyota tweeted on Tuesday.

Seventeen states including New Jersey, New York and Pennsylvania have adopted California’s vehicle policies on clean cars and Canada, Britain, France, Spain and Denmark have all set goals of phasing out the sale of new fuel-powered cars between 2030 and 2040.