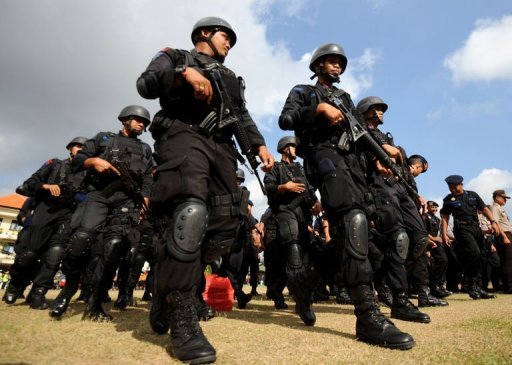 Agency Report         Muslims in Indonesia have offered to guard churches and prevent any attack during the Christmas service as countries around the World tighten security ahead of the celebration.

This is coming as Christian around the World, especially in Islamic nations have heightened security alert following the threats of attacks and the bombing of a Methodist Church in Pakistan.

Security and threats of attacks had reached a precarious state after U.S. President Donald Trump recognised Jerusalem as the capital of Israel. The recognition was followed by several meetings of Islamic countries and groups while some of the groups have threatened to visit mayhem on the World.

However, it is not so for Muslims in Indonesia as they have vowed that they would provide security for their “brothers” who are celebrating Christmas.

The Muslim volunteers in Indonesia, the largest Muslim-majority country, are already on standby to provide additional security if requested.

“If our brother and sisters who celebrate Christmas need … to maintain their security to worship, we will help,” said Yaqut Chiolil Qoumas, chairman of the youth wing of the Nahdlatul Ulema, one of the country’s biggest Muslim organizations.

Indonesia suffered a Christmas attack in year 2000 when over 20 persons were killed. The country has now stepped up security to forestall any recurrence.

Christmas church services and other celebrations are being held this weekend under the gaze of armed guards and security cameras in many countries.

Majority-Muslim countries in Asia and the Middle East were particularly nervous after U.S. President Donald Trump’s recent announcement, a decision that has left many Muslims outraged.

In Cairo, where a bombing at the Egyptian capital’s largest Coptic cathedral killed at least 25 people last December, the interior ministry said police would conduct regular searches of streets around churches ahead of the Coptic celebration of Christmas on Jan. 7.

Egypt’s Christian minority has been targeted in several attacks in recent years, including the bombing of two churches in the north of the country on Palm Sunday in April.

At the Heliopolis Basilica, a Catholic cathedral in northeastern Cairo, security forces had set up metal detectors at the main doors and police vehicles were stationed outside ahead of masses on Dec. 25, which marks Christmas Day for Catholic and Protestant Christians.

German police brought in experts and an explosives robot to investigate a suspicious package at a Christmas market in the city of Bonn late on Friday.

Germany is on high alert a year after a failed Tunisian asylum seeker killed 12 people when he hijacked a truck and drove it into a Berlin Christmas market.