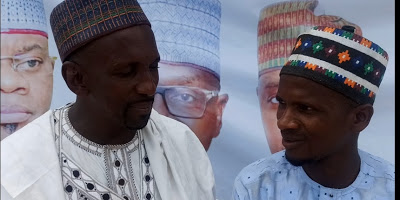 Top officials of the Kogi Chapter of the Miyetti Allah Cattle Breeders Association of Nigeria (MACBAN), has said the group wants scholarships for the Fulani tribe in the country.

This ethnic group traditionally consists mainly of nomads and herders from the northern regions of Nigeria.

The Fulanis scattered across Northern states of the country are believed to be marginalised in terms of education and are conspicuously placed in the list of Educationally Less Developed States (ELDS).

The cattle breeder’s group demanded that the Fulanis be considered for scholarships from primary to tertiary education levels.

The cattle breeder’s group wants Fulanis to be considered for scholarships, from primary to tertiary education levels.

According to the newspaper, Damina and Bello said the exercise did not address matters “that will help Fulanis”.

Bello told the newspaper that they did not get proper information about the event until Tuesday.

Reeling off the demands of the group, Bello said; “We need primary institutions in Fulani settlements everywhere. We need government to bring Fulani closer.

“We want youth empowerment and government should give them scholarships to attend primary, secondary school and tertiary institutions.”

NEWS: Nigerian Govt. will go to war with South East if it’s what they want – Senator Bulkachuwa