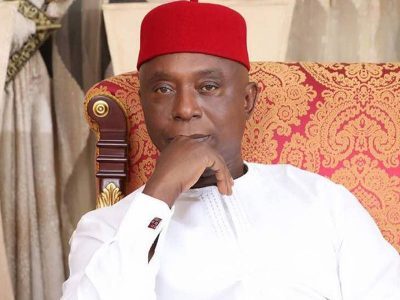 As a response to the ravaging crisis of COVID-19, International lawyer and philanthropist Prince Ned Munir Nwoko beginning from Monday next week sponsor massive sensitization of delta north indigenes in a bid to create awareness and keep them abreast with the threat the Novel Corona Virus pose and how best they can stay safe.

In a statement released to members of the fourth estate of the realm earlier today by the convener Ned Nwoko volunteers Snr. Comr. Idi Presley Ifeanyichukwu, the doyen of the Paris club refunds felt it proper to identify with his people at this critical time, hence he decided to swing into action.

Prince Ned Nwoko who is currently championing the cause of eradicating malaria from Africa has always been known to lead from the front especially when it involves issues that affect mankind and now is no different. 1

According to the itinerary released, the plans which include organising road walks, engaging town criers and distributing of flyers, will also see the Ned Nwoko volunteers share thousands of nose mask, hand gloves and alcohol-based sanitizers with the major focus on the rural areas and the places of higher risk