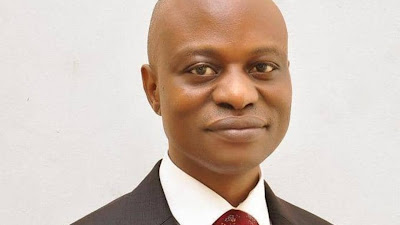 The Federal High Court sitting in Lagos on Tuesday ordered the arrest of the Director-General of the National Airspace Management Authority (NAMA) Mr. Matthew Pwajok for alleged disobedience to a court order.

Justice Babs Kuewunmi made the order following an application by Economic and Financial Crimes (EFCC) counsel Mr. Olalekan Ojo SAN at the resumption of a N6.95billion fraud charge against a former NAMA managing director and Five others

In making the application Ojo alleged that Pwajok failed to produce the documents requested despite the summons dated 2nd of July served on him.

In the short ruling, Justice Kuewunmi ordered the Commissioner of Police, Lagos and the Inspector-General of Police to ensure Pwajok is arrested and brought to court.

The judge adjourned further proceedings till 10th and 11th of January, 2023

The Economic and Financial Crimes Commission, EFCC, is prosecuting a former Managing Director of the agency, Ibrahim Abdulsalam, alongside five others.

During the trial, prosecution witness, Nurudeen Bello who is still in the witness box, told the court that the total sum of N2.8 billion was transferred from the Agency between 2013 and 2015 to different companies’ accounts for the personal use of the defendants.

The defendants were alleged to have conspired and stolen the sum of N6, 922,676,815 (Six Billion, Nine Hundred and Twenty-Two Million, Six Hundred and Seventy-Six Thousand, Eight Hundred and Fifteen Naira) from NAMA.

Troubles began for the accused persons after the Commission received a petition accusing some NAMA management staff of grand corruption and assigned a team of operatives to investigate the matter.

One of the charge reads “That you, Ibrahim Abdulsalam, Nnamdi Udoh (still at large) Adegorite Olumuyiwa, Agbolade Segun, Clara Aliche, Joy Ayodele Adegorite, Randville Investment Limited and Multeng Travels and Tours Limited, on or about the 19th day of August 2013 in Lagos, within the jurisdiction of this Honourable Court, with intent to defraud conspired amongst yourselves to induce the NAMA to deliver the sum of N2,847,523,975.00 (Two Billion, Eight Hundred and Forty-Seven Million, Five Hundred and Twenty Three Thousand, Nine Hundred and Seventy-Five Naira) to Delosa Limited, Air Sea Delivery Limited and Sea Schedules Systems Limited under the pretence that the said sum represented the cost of clearing consignments belonging to the said Agency and you thereby committed an offence contrary to Section 8 (a) of the Advance Fee Fraud and Other Fraud Related Offences Act, 2006 and punishable under Section 1(3) of the same Act”.

The defendants pleaded not guilty to the charge.