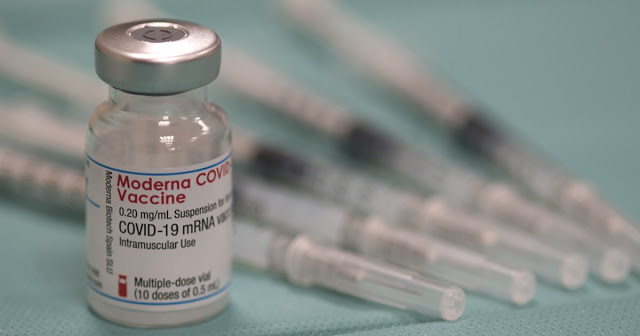 The Federal Government has said it will commnce the administration of the over four million doses of the Moderna vaccine donated by the United States of America on Tuesday.

The vaccine, which arrived in Nigeria last week, was reportedly received on behalf of the government by officials of the United Nations International Children’s Emergency Fund.

The vaccine, received at the Nnamdi Azikwe International Airport, had since been handed over to the National Agency for Food and Drugs Administration and Control for screening.

The Presidential Steering Committee on COVID-19, in a notice on Saturday, announced that the administration of the vaccine will start on Tuesday.

The Director of Press, Office of the Secretary to the Government of the Federation, Willie Bassey, signed the notice titled, ‘Flag-off of second batch of Moderna vaccine in Abuja’.

The notice read, “As you may be aware, PSC has received over four million doses of Moderna vaccine donated by the US government to Nigeria.

“In view of the above, the flag off is scheduled as to hold on Tuesday, August 10 2021 at the Federal Medical Centre, Jabi Abuja.”