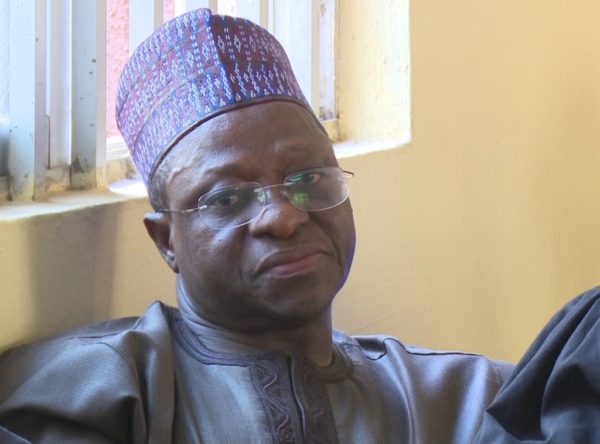 s facing a 21-count charge of money laundering and diversion of state ecological fund to the tune of N1.162 billion, prayed the court for adjournment to enable him travel abroad for eye treatment.

Pwul was the third lawyer to pull out from the Dariye’s matter.

The Dariye’s appeal was contained in a letter he brought to court dated June 14, 2017 and signed by him.

In the letter, Dariye said: “It will be recalled that I had notified this Honourable Court and your Lordship of my travail with my right eye that led to eye surgery.

He begged the court to release his international passport to enable him attend to his eye problem outside the country.

The Judge, Justice Adebukola Banjoko directed the former governor to make his application officially through a motion by his counsel.

Banjoko also said that the request may be granted on conditions that the counsel would handle the case on a day to day basis.

The court fixed Sept. 18 for hearing of the motion. NAN