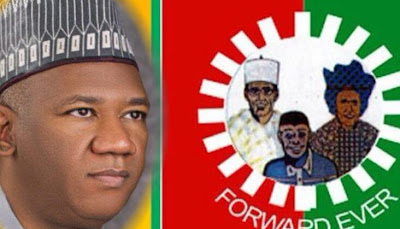 “Politics is not about religion. If it is religion, then we should allow the clerics to rule”

Yusuf Datti Baba-Ahmed, the running mate of presidential candidate Peter Obi on the platform of the Labour Party, has called on party members and the Obidients to shun ethnic and religious divisiveness.

Baba-Ahmed made the call while addressing party members in Bauchi. He urged them to focus on credible candidates without religious and ethnic sentiments.

He advised the party members to shun politics based on religion and avoid instigating ethnic strife ahead of the 2023 general elections.

“I am in Bauchi to encourage you, people, not to relent on the efforts you are putting in for the labour party in the country. Don’t be confused with religious and ethnic issues. Politics is not about religion. If it is religion, then we should allow the clerics to rule,” the Labour Party vice-presidential candidate explained.

He added, “God has already made us groups and different tribes across the world, so politics is neither religion nor ethnicity.”

Baba-Ahmed added that if Nigerians shunned religious and ethnic politics, it would not only promote peace but lead to the emergence of competent leaders in the country.

The vice-presidential candidate also urged party members to work the extra mile in educating people on the blueprint of the Labour Party and ‘ObiDatti mandate’.

Hussaini Saraki, the Labour Party chair in Bauchi, assured of continued mobilisation of party members and the public on the credentials of the presidential candidate and his running mate.

According to him, the party is doing well, saying that the presence of Datti would encourage and boost their morale.

Abel Musa, ObiDatti Coalition chairman, said the coalition was going on with contact and mobilisation of voters for the party and its candidates.