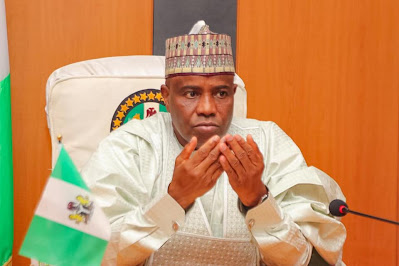 For someone who wants to become the President of Nigeria, his actions and inactions in the aftermath of Deborah’s murder should be cause of concern for Nigerians

In a recent interview that went viral Steve Harvey was heard advising young Africans against travelling to America for greener pastures. He told his audience that America is not what it seems to be as black people are constantly living in fear of being shot by the police, a scenario that hardly play out, he reckoned, say in Ghana.

A few weeks after the interview, a young white boy travelled from his home in rural New York, got to Buffalo, a racially mixed city with large black population and gunned down ten people; most of them African Americans, in cold blood.

The eighteen years old boy even live-streamed the killings on social media, boasting about his credentials of being a white supremacist who believes in the “replacement theory” (propaganda by white supremacists that there’s a plan to allow minorities to dominate the United States of America) and that people like him are ready to commit genocide in order to stop that from happening.

He showed absolutely no iota of remorse for the multiple murders he committed. Many in the Republican party failed to condemn this dastardly act in the strongest terms as there was a palpable conspiracy of silence within the party’s hierarchy.

Back in Nigeria, in the aftermath of the gruesome murder of Deborah Samuel by her classmates in Shehu Shagari College of Education and the circulation of the video of her killing across social media platforms; many Northern elites are either quiet about the incident or are even trying to justify her killing.

When Governor Aminu Tambuwal came on a campaign trail to woo Southern delegates of the PDP to support his presidential ambition, the subject of Deborah’s murder was probably not discussed and the malleable southern delegates and journalists who covered these events in the Southwest and the southeast didn’t ask him why Sokoto prosecutors charged the two suspects arrested in connection with the murder of Deborah, with mere breach of “public disturbance” for a murder captured on video.

Tambuwal told delegates in these southern regions what they probably wanted to hear. In the Southwest he told them that he will restructure Nigeria and in the Southeast he told them President Buhari has left the Igbos out of the scheme of things and that if the delegates vote for him he will ensure they sit at the table. Whether these delegates will fall for his gimmicks is left to be seen. Perhaps beyond his rhetoric some underhanded deals must have gone down involving a lot of forex.

For someone who wants to become the President of Nigeria, his actions and inactions in the aftermath of Deborah’s murder should be cause of concern for Nigerians. Just as white Americans feel the most secure in the United States of America and African Americans are the endangered species; are we to assume that lives of adherents of the other faith can be taken by bigots in Northern Nigeria without consequences? For a governor of a state that’s the seat of the Caliphate, a lot more is expected from this former Speaker of Nigeria’s House of Representatives.

The popular belief is that many northern politicians who fail to outrightly condemn the actions of Deborah’s killers were afraid of losing the votes of these bigots in the coming general elections. Governor Tambuwal has shown that he is not different from these lots who elevate politics above principles; by his actions and inactions so far.

We can argue that the North is a highly conservative environment, especially the core North. But we should nonetheless believe that the North shares in the humanity that connects us all. A society that wants to progress must embrace love, fairness, equity, equality, and justice.
Those boys seen in the Deborah murder video should be made to face the wrath of the law and should be taught a lesson that they can only belong in a modern society if they respect the sanctity of life and the rule of law. Governor Tambuwal is our emissary in conveying this message and we want his voice to be louder not the seeming incoherent inaudibility coming from him.

Many who have condemned whatever it is that they claimed Deborah said on her class WhatsApp group probably haven’t read the text or voice notes that were said to be blasphemous. Usman Abubakar who baptised Daniel Umoh with petrol at Lekki Phase 1 before he was burnt, the same day the mis-educated brutes set Deborah ablaze, have been apprehended by the Lagos State Police Command. The wheel of justice is deliberately hyper slow in the Sokoto incident. Governor Tambuwal, you are not doing well at all.

Reports of interviews granted by Deborah’s biological father revealed that no one from the Sokoto State government has been in touch with the family. He had to raise the sum of #120,000 to convey his daughter’s bones from a morgue in Sokoto to Niger State where the charred bones were interred. The agony of losing a daughter in such gruesome circumstances is traumatic enough, but having to pay such huge sum to transport her remains for burial further puts more burden on this poor family.

Leaders, wherever they may come from, should ensure their local constituents accommodate minorities or non natives in their midst and let them feel at home away from home. Governor Tambuwal as Visitor to the Shehu Shagari College of Education in Sokoto is not doing enough to ensure justice is served. We can only hope that unfair minded politicians like Nigeria’s current president and others who have said too little to condemn Deborah’s killing, are banished from corridors of power with our votes.