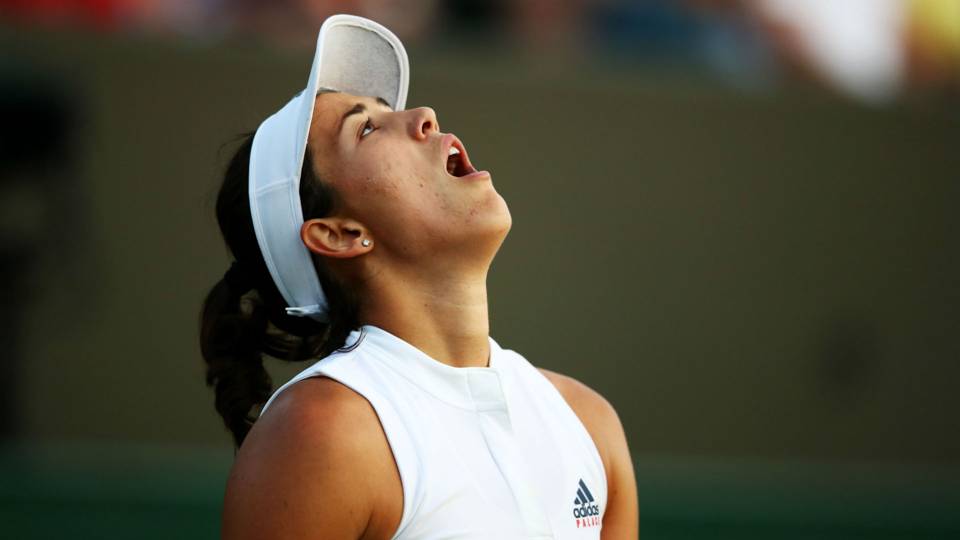 AFP……Defending champion Garbine Muguruza was sensationally knocked out of Wimbledon by journeywoman Alison van Uytvanck on Thursday, leaving just one of the top six seeds left after only two rounds.

In the men’s event, third seed and last year’s runner-up Marin Cilic was knocked out by Argentina’s Guido Pella.

Fourth seed Alexander Zverev was teetering on the brink of defeat when he trailed Taylor Fritz of the United States by two sets to one when their second-round tie was suspended for the night.

Elsewhere, Rafael Nadal overcame two-time warnings and Novak Djokovic shrugged off a knee problem to battle into the third round.

“I knew that if I let her play, I would lose so I thought, let’s go for it,” said 24-year-old Van Uytvanck, who has made the third round for the first time.

“I may have looked calm but inside I was dying.”

Muguruza admitted it had not been her day.

“She played big, took risks and it worked for her but my level was not where I wanted it to be,” said the deposed champion.