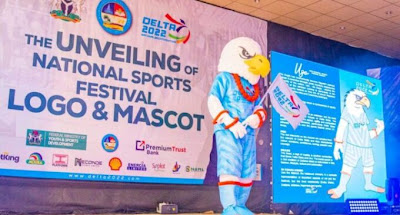 The 21st National Sports Festival (NSF) taking place in Asaba, Delta state, is set to kick off with over 14,000 athletes vying for medals.

The 11-day national sporting fiesta that would begin with an opening ceremony on Wednesday and run through December 10 is scheduled to hold at Steven Keshi Stadium.

Expected at the opening ceremony sports fiesta are Ifeanyi Okowa, governor of Delta; Sunday Dare, minister of sports; and other dignitaries.

Earlier this week, the ministry of youth and sports development announced that the festival would return to its full strength of athletes, following a decrease to 8,000 competitors in 2021 due to COVID-19 and its dire restrictions.

In the statement signed by Mohammed Manga, the sports ministry’s director of press and public relations, Dare described the NSF as the “Nigerian Olympics.”

He added that more sporting will be discovered to put the country on the global map.

“I am optimistic that at the end of the competition, budding talents will emerge, and the country will witness more podium performances through them in subsequent global competitions,” Dare said.

All thirty-six states, including the federal capital territory (FCT), registered for the NSF and will be participating in different sports.

Dare had said that other African countries would also participate in this year’s edition, with invitations extended to Ghana, Cameroon, Cote d’Ivoire, Guinea, Benin Republic and Sierra Leone to present teams in Asaba.

Team Delta grace the tournament as the defending champions after winning the last edition in Edo with 158 gold, 116 silver, and 110 bronze.

The victory was the state’s sixth consecutive time finishing atop the NSF medal table.