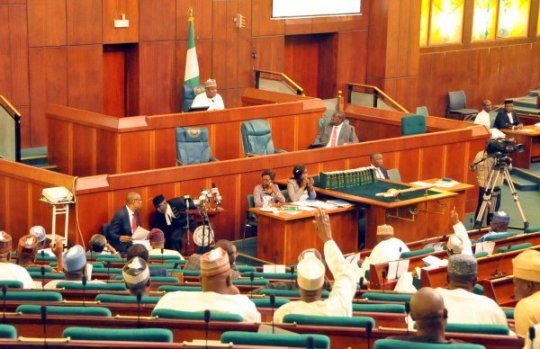 The lower chamber of the National Assembly, Federal House of Representatives has re-introduced a bill seeking to establish the Nigerian Peace Corps organisation.

The house also re-introduced the bill seeking to reorder the sequence of elections during plenary on Wednesday.

Recall that the house had earlier passed the two bills but failed to get Mr President’s assent to them.

While President Muhammadu Buhari faulted that of electoral act amendment as infringing on the powers of the Independent National Electoral Commission (INEC), he cited the duplication of roles (of other agencies) and lack of funds as his reasons for rejecting the Peace Corps bill.

The president’s decision did not go down well with the lawmakers.

While the lawmakers said they will override the president on the Peace Corps bill, they resolved to amend two of the three areas Buhari faulted in the electoral amendment bill.

Information made available stated that some lawmakers in the lower legislative chamber are in support of Buhari’s rejection of the Peace Corps bill.

A legislative source told TheCable that while these lawmakers are “not courageous” to declare in the open that they support the bill’s rejection, they are mobilising to vote against it when the time comes for its passage.

“It (passage of the bill) is not going to be easy. Contrary to what many think, getting a two-third majority vote on the bill will be very tough,” the source said.