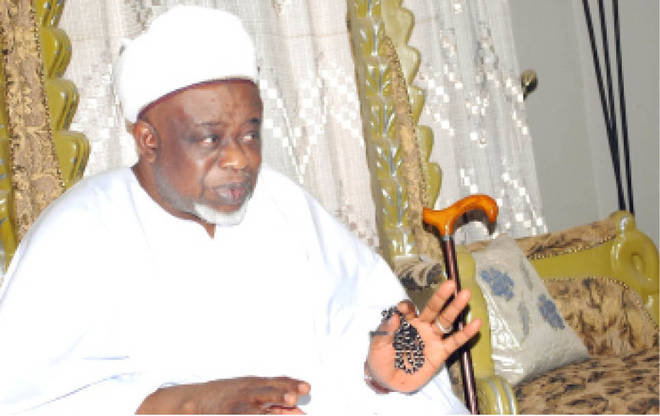 The spate of insecurity in some parts of the country has forced some monarchs and community leaders asking their subjects to pick up arms against all forms of external invasion.

Zubairu Gwari, an emir of Birnin Gwari in Kaduna state is one of such monarchs who would not fold his arms and watch his subjects being slaughtered like rams.

The concerned emir has asked his subjects to defend themselves against suspected bandits invading their communities.

Birinin Gwari is one of the 23 local government areas in Kaduna and its communities in recent times has recorded a high level of insecurity.

It was in the area that 11 soldiers were reportedly killed earlier in the month.

In an interview with Daily Trust, the first-class traditional ruler said he asked his subjects not to “behave like fools” and get killed.

“A month ago, in one area called Anguwan Gajere, the bandits attacked a village, and the villagers fought back, in the process they killed more bandits than the people of the town,” he said.

“All of a sudden, we were told that the people who came were Fulani men, and Miyetti Allah was in the vanguard of protecting them. What we have been preaching to our people is that they should not sit down like fools and watch themselves and their families get killed. If you can do anything to protect yourselves, protect yourself. I will repeat it in front of anybody.

“We can’t be fools to wait for somebody that will not come. Nobody can stop me from telling my people to protect themselves. And that is what we are doing now because the policemen that are in Birnin Gwari cannot protect. The soldiers that are being brought come and sometimes make matters worse. I am also appealing to the president to come and see things for himself, because we are also Nigerians.”

The emir also stated that his people are living in hell adding that the activities of the suspects have stunted all development activities in the area.

“We have been standing up against these people, fighting them in the hope that it would end, all to no avail,” he said.

” I must say that the Kaduna state government, particularly this present governor, has done his best, and I believe he is still doing so, but I think when you say somebody is doing his best, maybe their best is not enough. That is why, when they do something, it would look like they are succeeding, but then, eventually, the bandits find a way to unleash terror on us.”

Gwari’s call comes a week after Theophilus Danjuma, a retired army general, called on Nigerians to defend themselves against killers.

However, the statement made by the revered monarch has ignited public discontent.