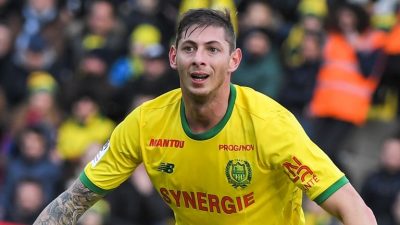 Haunting audio has been published of the Argentine attacker reportedly telling friends of his concern while in the air.

Emiliano Sala admitted to friends he was ‘getting scared’ in an audio message sent shortly before his plane vanished from radar in the English Channel.

goal.com reported that the Cardiff City record signing and a pilot are missing since their small aircraft making the journey from Nantes to Wales became unresponsive on Monday evening while flying off the coast of Guernsey, an island situated between the UK and France.

Argentine publication Ole released audio WhatsApp messages reportedly sent by Sala to close friends which revealed the 28-year-old’s concern with the plane and the conditions he was travelling in.