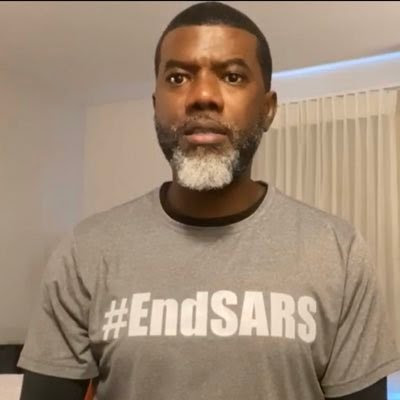 A former aide to ex-President Goodluck Jonathan, Reno Omokri, has said President Muhammadu Buhari ‘slapped Nigerians in the face’ and ‘added salt to injury,’ with his nationwide broadcast following massive #EndSARS protests across the country.

The president had on Thursday after a long expectation by citizens responded to the protesters calls on #EndSARS speaking on violence and government actions.

In his reaction, Omokri said the president’s address was a “VERY EMPTY SPEECH.”

But Omokri is not impressed with Buhari, adding that the president slapped Nigerians in the face and added salt to injury.

He tweeted: “General @MBuhari slapped Nigerians in the face. Added salt to injury. Accused us of taking his disbandment of SARS as “weakness”.

“He showed his weakness by rehabilitating Boko Haram. He showed his wickedness by the #LekkiMassacre of peaceful #EndSARS protesters. VERY EMPTY SPEECH.”

Omokri, in a subsequent tweet post, wrote  Even vice President @ProfOsinbajo is ashamed of General @MBuhari ’s speech. You will notice that 4 hours after the speech, he still has not shared it on Twitter.

“This is the first time ever. Normally, he would support Buhari by tweeting and retweeting.”