HomeOpinion#EndSARS Protests: After the curfew comes the genocide
Opinion

#EndSARS Protests: After the curfew comes the genocide 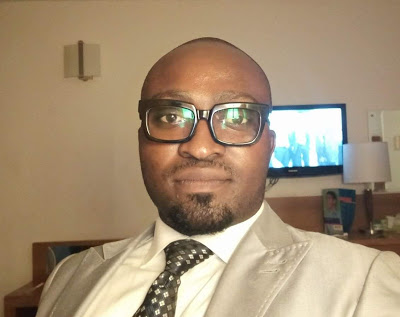 It is a dark time in Nigeria and the environment is enveloped in gloom and the putrid smell of human blood. I warned in an article, #EndSARS Protests: Deepening And Calibrating The Agitation, I wrote two days ago and also on a radio programme same day that, Mr President and his minders should resist the urge to unleash the military on protesters – no matter how unruly or recalcitrant they may be.

I also urged the Youths to quickly calibrate this agitation amidst call for regime change. Now the chicken has come home to roost.

The stage for this genocide was set with the deliberate infiltration of genuine Protesters with sponsored hoodlums; and the clear intention was to create anarchy – as a precursor to declaring a curfew and the use of brute force to halt the #EndSARS protests. The plot has been acted out true-to-script and by this morning, about 100 human lives paid for it across the country – with Lagos recording highest casualty.

Governor Sanwo-Olu particularly fell for the bait and wrong advise. He did not act with discretion. The open dramatics of this human carnage is even worse. From the infiltration of legitimate protesters with hoodlums, to the declaration of curfew, to the release of assault police/Army for enforcement, to removal of security cameras and light shut downs; the stage was set for the execution of a grand plot to brutally silence the vented anger of Nigerian Youths – who kept vigil for days in protest and rejection of a failing system.

No doubt, the noise was becoming too loud for comfort and the protests had taken a different dimension of demand for more enduring democratic dividends and good governance. Government was becoming embarrassed and impatient. Impeccable information available to some of us as at last Friday indicated the readiness of Government to quell the EndSARS movement with military force but several advise also came their way not to do so just yet.

Why did the administration lose it’s temper? Why unleash mindless force on defenseless citizens? How do you explain the use of live ammunition and pumping of hot bullets on armless youth that camped in an organized form at the Lekki Tollgate and other locations. Where people cannot have mobile protest, they can occupy an isolated location and express their feeling. The constitution still guarantees that right.

This bloodletting is indefensible. The lives lost cannot be reclaimed. Nigeria is not a banana republic where anything goes. Respect for human life and their dignity is superior to any other consideration. Our national constitution, in Chapter 2, under the Fundamental Objectives and Directing Principles of State Policy – is emphatic that, “The Security and Welfare of the People shall be the Primary Purpose of Government”. Therefore, any government that acts contrary to this provision is Irrelevant and despotic.

It is again a sad metaphor that the core plank of this protest was against Police Brutality, now the same police, supported by the army – have now combined to terminate several innocent lives by sheer arbitrariness and wickedness; purportedly acting on executive curfew order.

Now the government is more embarrassed and the international community’s attention is focused on a nation that is failing itself, failing Africa, failing the World and Humanity; despite its resources and undoubted potentials. Tuesday 20th October 2020 is a reminder of our fragile union and the huge gulf between the masses and the oppressive ruling class. We have by this new low, advanced the call for a restructured Nigeria from the dunghill and animal farm that it is at this time.

What we are witnessing in Nigeria today is Failure of Leadership and it is unfortunate. May the Souls of all that were mercilessly killed Rest in Peace and we pray that their blood cleanses this country, bring us peace and harvest judgement to the perpetrators of this dastardly acts.

May the Peace of God reign supreme in Nigeria and we pray for the illuminating light of our Creator to displace the brimming darkness in this land.

The Yoruba have won their agitation

#TwitterBan: A Dire Need For Rethinking And Reflections