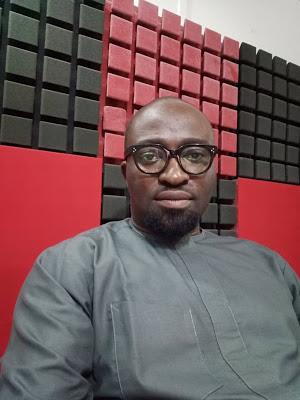 First off, the Nigerian “Lazy” Youths have woken up from their long slumber and now roaring. For far too long in our tainted history, the capacity of the masses – to rise up to the status quo – has been pathetically low.

The Nigeria state and it’s institutions have subjugated the people and forced down their throats – all types of baleful pills; ranging from the bit-tasty, the bitter and outright poisonous.

But alas, the brutality, suppression, intimidation and often fatal exuberance of SARS (An assault unit of the Police, created meant to fight Armed Robbery) came to a head; and the sleeping monster awakens.

#EndSARS today mimics an isolated protest against Police brutality, but indeed it portends the originating drive needed to confront the more existential threat of bad governance and weak leadership that has been responsible for the stunted economic growth and declining social welfare of the people.

As at today, the Nigerian corporate fabric is perilously weak – almost verging on disintegration and implosion as most ethnic nationalities are now on a singsong of secession due to blatant inequality, class cronyism and grinding poverty.

The economy is in dire straits; with a budget that is incapable of funding itself and even recurrent expenditure will now be funded from borrowed external monies; whereas, the forecast already precipitates a recession by Q1 2021.

Security remains a sore point at this time. The pogrom in the north and the carnage by the Tripartite activities of Bokoharam, Fulani Herdsmen and Armed Bandits – actually validates the recent rating of Nigeria as the third most terrorised nation in the world – with over two million Internally Displaced Persons in their own country!

The inference in all of these is not lost on the ruling elite and their collaborators who are shell shocked by the new narrative of an awakened citizenry. Nigerians are now aware of their rights in a free country. The protest may yet transmogrify into a full REVOLUTION (Intellectual, Constitutional or Bloody) akin to the Arab Spring that swept through the middles east few years ago; where beleaguered citizens remained on the streets, defying hot bullets -to protest failure of governance.

The inexorable slide into anarchy and revolution can be altered, only if the present establishment will smell the coffee and initiate a patriotic process to Reform/Restructure Nigeria.

For now, the drums have started beating courtesy of the ‘Lazy Youths’; May it beat louder to alter the comfort of the oppressors of the common man.

The Yoruba have won their agitation

#TwitterBan: A Dire Need For Rethinking And Reflections