HomeOpinionFemi Adesina, Searching for Intellectualism, Losing Sight of Logic and Temperament By...
Opinion 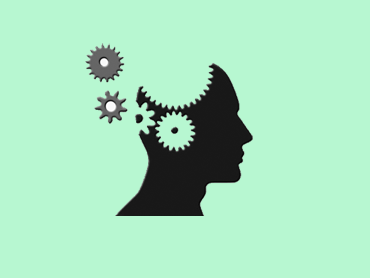 At the inception of the present administration, Doctor Reuben Abati came up with what looked like a subtle way of creating fears in the minds of the present occupants of Aso-rock. Saying that there are forces beyond the ordinary that was responsible for poorly conceived policies and pronouncements in government.  He went further to say many people around the corridors of power suffered various forms of afflictions, not easily explained, which they are freed of on leaving the stage of power.

I held a different view, though.

I was impressed with the confidence expressed in Femi Adesina’s response to the write-up, indeed it was too early to begin to nurse fear,  get scared and nervous! Considering the task at hand.

Shortly after, I started to feel a manifestation of Doctor Abati’s postulation on our dear Femi Adesina,  Garba SHEU was not spared of same,  likewise many occupants of our powerhouse.

To be specific: an interview where an issue of the persistent power outage was raised: the response of our president’s mouthpiece was that whoever is complaining about power outage should go after those bombing the gas line that ought to feed the power plants!

This what our dear Femi Adesina said again, about a month away from the power game.

While the controversy over the state of health of Mr President was all over the place.

Femi Adesina came out again saying we have no right prying into the privacy of BUHARI!

Our dear president, a public person!

That person, we have no right to understand his state of health, will eventually be treated with state funds (public funds)!

Most of the utterances are at variance with what we should hear from our presidential mouthpiece.

Meaning: cold water is what comes out of the mouth of a fish.

Considering the fact that the president has to be constantly and regularly marketed to the public, it is more LOGICAL to dig deep in the choice of words to report his activities and accomplishments to the people.

To the present one on his response to Archbishop Justin Welby; saying the problem has been on for long as a reminder of what we all are aware of.

Going further that, after effects of the Libyan conflicts formed part of the reason the clashes between groups of farmers escalated is unexpected from our president, likely to generate an uproar!

Our president, while receiving some delegation from affected states, admonished them to tolerate their nomadic guests, was he referring to migrants from outside our shores or herdsmen who move within Nigeria in search of pasture, those who hold sticks and cutlass?

Now that the president has uttered those words, polishing and padding is now the responsibility of the mouthpiece.

and Ethiopia, the listed countries have little or no major security breach, resulting from the movement of arms and mercenaries after leaving the theatre of war (LIBYA)

Saying that they spread to the west coast is far from it, outside Mali and Ghana there are limited locations of herdsmen clashes with their host community.

Ghana on her own has been decisive in tackling the issue, head-on!

There is no intellectual laziness on those who picked holes in the statement credited to our dear president, they are just expressing concern for fellow citizens (victims of the attacks) rather logic doesn’t support a situation where closer nations feel little or no impact on the assertion that the bandits are trained or from Libya, migrating through the border nations of Libya, unnoticed!

Are we saying there is a conspiracy to destabilise Nigeria by the nations through which the armed men traversed to our own country?

Hope those nations consider the resultant effect of uncontrollable clashes in Nigeria on the whole of AFRICA!

Not only that, the resources (human and material) at the disposal of Nigeria should be useful in addressing and warding off external aggression or threat, resources the listed nations don’t have, save for Egypt.

How LOGICAL is it for nations with limited resources to manage their security situation effectively while the giant of Africa remains helpless and almost hopeless?

With the huge resources, NIGERIA commits to defence and security, how LOGICAL is it, having this kind of embarrassing situation, that our president will be explaining to the outside world, about an issue we ought to have addressed. Are we saying with all our resources, our borders are so porous, more than those close to Libya?

Femi Adesina should also realise that those against the speech of the president, have a reason for it, there are those who are indifferent too, but wish we have sanity in the land.

There are several good words usable by the media aid of our president outside INTELLECTUAL LAZINESS!

Which LOGIC and TEMPERAMENT ought to afford him!

Considering the phase, we are about to transit into!

Those who live in glass house, throw no stone!

In the event there are objective issues to address, it is best done without being ruthless in the choice of words. The time Obasanjo letter was released was a period I envisaged fireworks, Alhaji Lai Mohammed deserves another round of commendation for the wise manner he responded on behalf of the government. That is how a responsible government react to issues, no matter how disturbing.

Hope those who read this can pass to those that can pass it on to Mr Femi Adesina, as the period we are approaching doesn’t give room for such unguarded statements,  we have had enough of such in the past, a continuation of the trend could spell doom for the government.