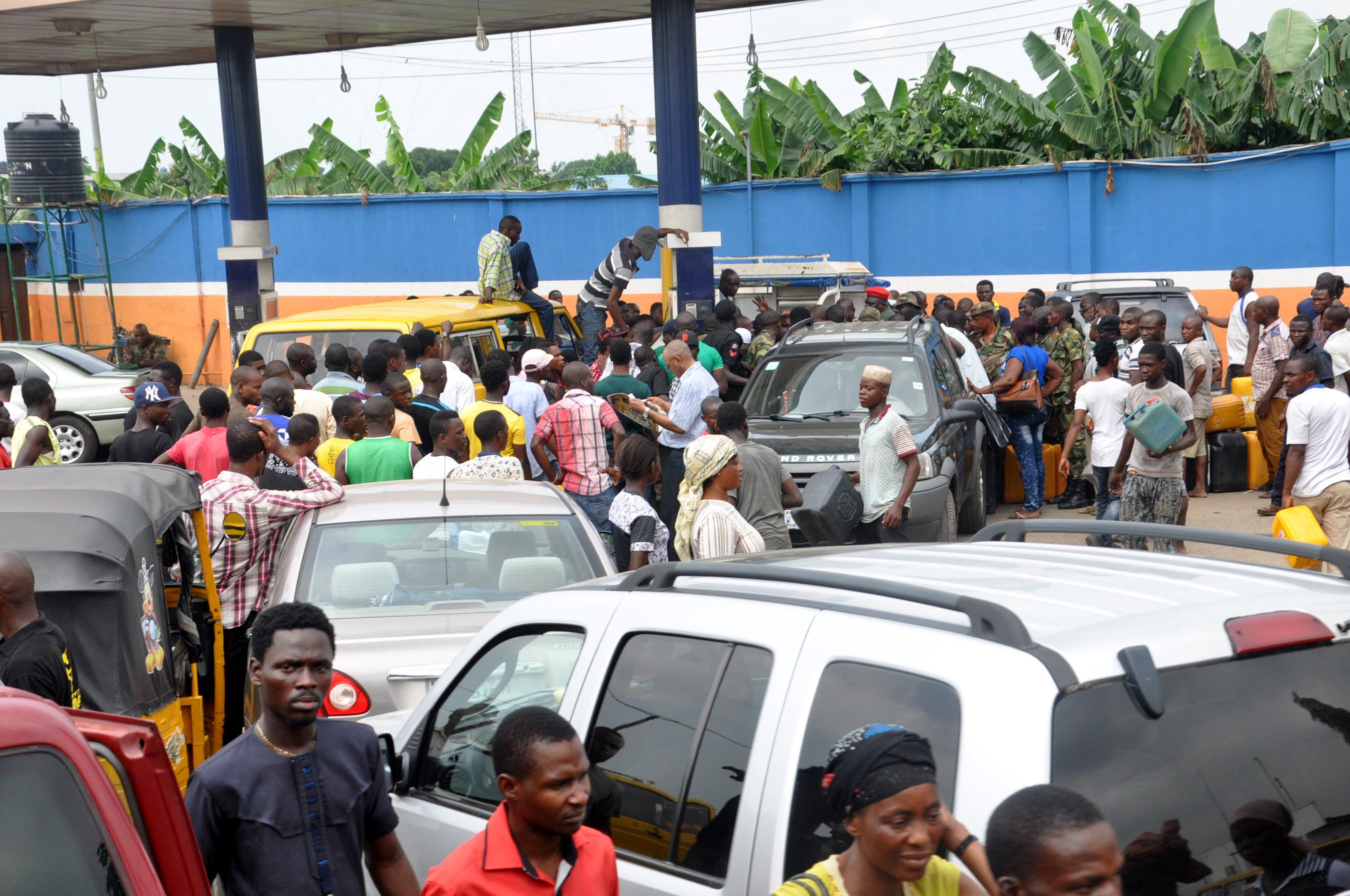 Nigerians could face more days of fuel scarcity due to the inability of the Nigerian National Petroleum Corporation (NNPC) to supply products to private depots, The Guardian NG reports.

Many depot owners who spoke with The Guardian yesterday complained they were not getting allocations from the NNPC, making it difficult for them to release products to retail stations.

The owners, who used to import 65 per cent of products before the NNPC assumed the role of sole importer, said they would only bring in supplies if the Federal Government resumed the payment of subsidy.

The Depot and Petroleum Products Marketers Association (DAPMA) members noted that the landing cost of Premium Motor Spirit (PMS) in Nigeria, based on the current exchange rate of N306, is about N170 per litre, stressing they must resort to subsidy, a policy already jettisoned by the Federal Government.

He said: “The depot owners are not importing products and they now depend on NNPC. The truth is that the corporation would have to give priority to its depots all over the country before considering private depots. You are aware that we also have our retail stations to supply.”

He assured the nation of NNPC’s commitment to importation, adding: “NNPC is on top of the situation and we believe that queues will be over in the next few days.”

Speaking with The Guardian yesterday, DAPMA Executive Secretary, Olufemi Adewole, said there were no products in members’ tanks. “If the products are offshore, then surely, they cannot be considered to be available to Nigerians,” he said.

On why the association stopped the importation of petroleum products, Adewole said: “We all know that we presently run a fixed price regime of N145 per litre for petrol. Without any recourse to subsidy claims, however, we have no control on the international price of crude oil. Current import price of petrol is about N170 per litre. NNPC, which absorbs the attendant subsidy on behalf of the Federal Government, is the importer of last resort.

“We understand that NNPC meets this demand largely through its Direct Sales Direct Purchase (DSDP) framework. However, due to price challenges on the DSDP platform, some participants in the scheme failed to meet their supply quota of refined petroleum product, especially petrol, to NNPC. This is the main reason for this scarcity.

“Some people have blamed marketers for hoarding products. Unfortunately, this is so far from the truth. Hoarding is regarded as economic sabotage and we assure all Nigerians that our members are not involved in such illicit acts.”

The Deputy Manager, Communications, Department of Petroleum Resources (DPR), George Ene-Ita, told The Guardian that his agency has so far accosted over 20 percent of filling stations across the country for various offences during the scarcity. “We have been in the field to ensure there is no hoarding by retailers. The idea is not to shut down any filling stations but to ensure that products of any erring retailers are distributed free to consumers,” he said.

The NNPC is currently defraying about N1.523 billion, which is N26 per litre on 52 million litres of petrol Nigerians consume daily. The Guardian learnt from industry sources yesterday in Abuja that this has been the practice for the past two months.

Mr. Ndu Nghamadu, said daily consumption has risen above the 34 million per day displayed in the PPPRA template in 2016. He explained that the high figure might have been caused by hoarding and diversion.

Meanwhile, industry experts have faulted the claim by Vice-President Yemi Osinbajo that the NNPC bears the brunt of the current subsidy.

A former Special Adviser to General Abdulsalami Abubakar and former Vice Chairman of the Oil and Gas Sector Reform Implementation Committee (OGIC), Dr. Mohammed Ibrahim, said: “Part of the crisis in the energy sector is for the country to define who owns the NNPC. Is it owned by the Federal Government or the federation of Nigeria? When the Vice President said it is the NNPC that is paying the subsidy, it is confusing. As far as I know, the NNPC is supposed to be owned by the federation of Nigeria and not the Federal Government of Nigeria.”

He added: “In 1998, when I was Special Adviser to General Abdulsalami Abubakar, we developed a policy that sought to break the monopoly of the NNPC in the supply of fuel to the country. That policy culminated in the emergence of the private sector into the system. But when the Buhari administration arrived, it came with the belief that building strong personalities is better than building strong institutions. A deliberate policy was put in place that ensured the NNPC became a monopoly. In as much as the current system is maintained, Nigeria will never get out of the present fuel crisis.”

On his part, the Director of Emerald Energy Institute, University of Port Harcourt, Prof. Wumi Iledare, identified exchange rate parity, importation of petroleum products and non-appointment of energy experts to advise President Buhari as major reasons the crisis in the downstream sector of the petroleum industry might not disappear soon.