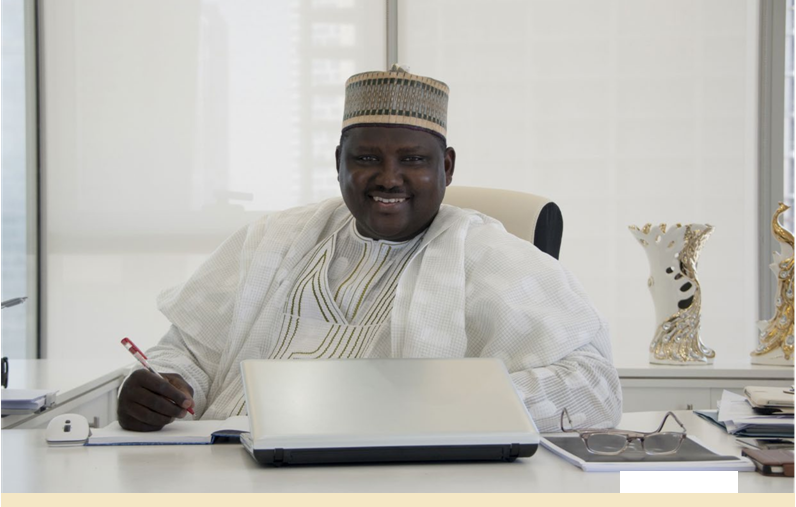 The Economic and Financial Crimes Commission has launched a fresh manhunt for a former head of the Presidential Task Force on Pension Reforms, Abdulrasheed Maina.

Mr. Maina was sacked from the civil service in 2013 and was in 2015 placed on the wanted list of International Police (INTERPOL) by the EFCC.

Premium Times on Friday reported how Mr. Maina was secretly reinstated to the civil service, with promotion, despite being wanted for alleged corruption.

Additional details obtained by this newspaper show that the embattled civil servant was issued a letter of reinstatement dated October 2 by the Office of the Head of Service of the Federation.

The Minister of Interior, Abdurahman Dambazau, earlier on Sunday absolved himself of any culpability in Mr. Maina’s reinstatement, saying it was done by the Head of Service.

The October 2 letter claimed that Mr. Maina’s case was reviewed and that a decision was taken that he be reinstated.

The same letter also gave his new posting as acting director of the Department of Human Resources at the Ministry of Interior.

PREMIUM TIMES learnt that the reinstatement was at the behest of the Attorney General of the Federation, Abubakar Malami, who gave a favourable legal advice on the case.

Mr. Malami’s spokesperson, Salihu Othman, however said he was unaware of his boss’s role in the deal.

Irked by the news of Mr. Maina’s silent re-entry into the country, the EFCC leadership convened an emergency meeting on Sunday to strategize on the case.

A source, who was part of the meeting, said the commission’s boss, Ibrahim Magu, who was out of Abuja when PREMIUM TIMES broke the Maina story, convened a meeting of operatives working on the case.

As part of the fallouts of the meeting, according to our source, operatives were detailed “to smoke out Mr. Maina wherever he mmight be”.

Mr. Maina is said to be shuttling between Kaduna and Abuja since he sneaked back into the country.

Aside the Ministry of Interior, Mr. Maina’s new work place, detectives are said to have spread around the city, including a safe house that is said to have been offered Mr. Maina by one of the nation’s security agencies.

Also being closely watched by operatives are Mr. Maina’s many houses in Abuja including one EFCC sources said he bought in June 2015 for a massive $2 million cash.

Corroborating our source, EFCC spokesperson, Wilson Uwujaren, told PREMIUM TIMES Mr. Maina “is still a fugitive. We are after him”.

The EFCC is also said to be deeply angry at how someone that was put on the wanted list of INTERPOL could be helped by government officials to sneak back into the country and then rewarded with a promotion to higher office.

The commission suspects sabotage, according to a highly placed official.

Documents seen by our reporter show the many correspondences between the EFCC and Interpol on the request to put Mr. Maina’s name on the agency’s wanted list.

The commission first wrote the Inspector General of Police in November 2015, a few days after Mr. Magu assumed office, asking for Mr. Maina’s name to be flagged by Interpol.

However, the letter was declared missing by the office of the Commissioner in charge of Interpol at the Force Headquarters, making the commission to make the request again.

On January 12, 2016, Interpol wrote to the EFCC again requesting for additional details to enable it publish the red alert. EFCC replied the letter, providing the details requested.

However, a search for Mr. Maina’s name on the Interpol website returned no record.  Premium Times