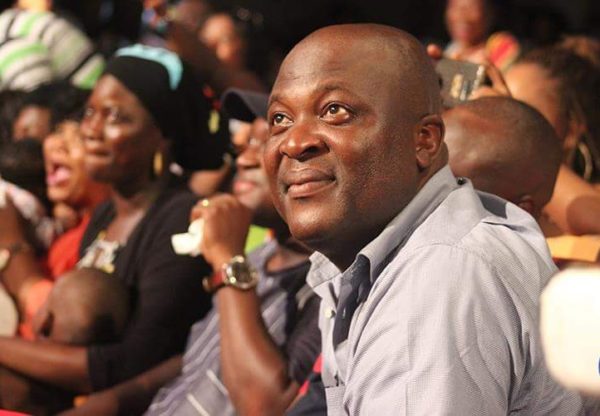 The Paradise Papers had exposed the offshore interests and activities of more than 120 politicians and world leaders, including Queen Elizabeth II, and 13 advisers, major donors and members of U.S. President Donald J. Trump.

Just like the Panama Papers, the Paradise Papers that were skimmed from the files of a law group, Appleby, were published on Sunday by the International Consortium of Investigative Journalists, ICIJ.

The two Africans, along with the foreign minister of Uganda and President of the Nigerian Senate, Bukola Saraki, have all denied any wrongdoing in opening the offshore accounts.

In 2013, according to the report, Ibrahim Mahama’s representatives and his contracting company Engineers and Planners Company Limited contacted Appleby about creating two offshore companies in the Isle of Man but ended up creating only one. That company, Red Sky Aviation Limited, was used to hold a $7 million Bombardier Challenger jet.

The second company was intended for “consulting services in the oil and gas mining infrastructure development and real estate sectors of the Ghanaian economy.”

Appleby ranked Mahama and his companies as a high risk due to his relationship to the then-president and allegations in local media that government funds were being used to repay the company’s multimillion-dollar bank loan. Mahama’s company has denied any wrongdoing.

Ghanaian media have reported recently that Mahama, the CEO of Engineers & Planners Company Limited, is under investigation by Ghana’s economic and organized crimes office for allegedly issuing bad checks. In 2016, Ghanaian authorities took Mahama’s company to court for allegedly not paying social security payments to staff; the case was later settled.

Liberia’s outgoing President Ellen Johnson Sirleaf popped up in the Appleby records as a director of Databank, a financial services provider based in Ghana.

Johnson Sirleaf who became Liberia’s president in 2006, was listed as a director of the Bermuda company Songhai Financial Holdings Ltd. a subsidiary of Databank’s finance, fund management and investment company Databank Brokerage Ltd., from April 2001 until September 2012, according to Appleby’s files.

Ken Nana Yaw Ofori-Atta, now Ghana’s finance minister, was a co-founder of Databank and a co-director, with Johnson Sirleaf, of Songhai Financial Holdings.

Stephen D. Cashin, chief executive of Pan African Capital and a board member of Databank, responded to a request for comment from Sirleaf-Johnson that Songhai was designed for offshore investors to invest in Ghana’s Databank and that Databank had no business in Liberia.

Johnson Sirleaf was elected to the board of Databank before being elected president, he told ICIJ, and she has no interest in Songhai or Databank. Cashin said Sirleaf-Johnson actually resigned from Songhai before her election campaign, but the resignation was “not effected” until 2012 due to “an administrative oversight” in Bermuda.

Uganda’s foreign minister, Sam Kahamba Kutesa is another prominent African who operated an offshore account with Appleby. He was a former president of the United Nations General Assembly during its 2014-2015 session.

Kutesa was said to have created the Obuyonza Discretionary Trust in the Seychelles in 2012. The trust held shares in the Seychelles company Katonga Investments Ltd. He created the trust, watched over its administration and was one of its beneficiaries. Kutesa’s daughter, Ishta, also is listed as a beneficial owner as well as a future recipient of money from the trust. An internal Appleby document from 2015 reported that the company’s intended activities were “consultancy, investments, trading and airport services in Uganda.” The money for Katonga was to come from Enhas Uganda Ltd., another Kutesa entity, Appleby’s notes state. Kutesa has owned Enhas, a ground-handling service at Uganda’s Entebbe Airport, since the 1990s.

In 1998, a Ugandan parliamentary committee named Kutesa and another co-owner in a report criticizing the privatization that helped create Enhas and led to its lucrative airport contract. The report concluded that the privatization had been “manipulated and taken advantage of by a few politically powerful people who sacrifice the people’s interests.”

As part of a periodic review in 2015, Appleby labeled Kutesa’s companies a “high risk,” given his political role and media reports of alleged corruption and bribery involving Kutesa. Kutesa told Appleby that the purpose of the trust was to separate his government income “from his personal assets and belongings.” In 2015, however, Appleby noted that the companies connected to the trust were dormant and that “it seems that nothing such is being done.”

Kutesa confirmed to ICIJ’s media partner in Uganda, The Daily Monitor, that he established the companies, but “I have never done anything with it at all. I told Appleby to close it many years ago.”

He said he had registered a company in Uganda and is paying taxes. “I thought you could avoid, not evade, taxes but I found it was not practical, and unnecessary,” Kutesa told the Daily Monitor.

“I don’t have anything to hide,” he said.

The trove of 13.4million records, comes from two offshore services firms as well as from 19 corporate registries maintained by governments in jurisdictions that serve as waystations in the global shadow economy. The leaks were obtained by German newspaper Süddeutsche Zeitung and shared with the International Consortium of Investigative Journalists and a network of more than 380 journalists in 67 countries.

The most detailed revelations emerge in decades of corporate records from the white-shoe offshore law firm Appleby and corporate services provider Estera, two businesses that operated together under the Appleby name until Estera became independent in 2016.
Read More at ICIJ website