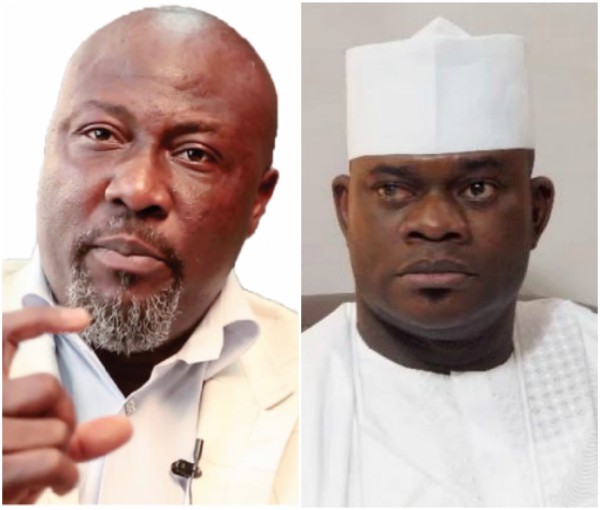 The Nigerian Senate on Wednesday signified danger in a move made by the Kogi state government for arbitrarily passing a law to run an illegally armed vigilante with the mandate to take over the police responsibility of protecting lives and property in the state.

According to a report monitored on Daily Post NG, this law said to be illegally enacted was also considered to have contravened the law of the Federal Republic of Nigeria and, in effect, undermined the constitutionally assigned security functions of the Nigeria Police Force.

The upper chamber, therefore, has mandated its committees on security and intelligence and the judiciary to meet with the National Security Adviser to disband the group.

These resolutions followed a point of order 42 and 52 raised by Senator Dino Melaye representing Kogi West wherein he reported that the Kogi state government has a plan to introduce state police through the back door.

Senator Melaye explained that he brought to the attention of the Senate that there was a law passed by the Kogi state government and signed by Governor Yahaya Bello.

He said the law talks about the establishment of the vigilante service group.

In his words, ‘Mr. President, I have a copy of the law here which is already a law of the Kogi State government. By the time I perused this law, this law is in conflict with the provisions of the constitution of the Federal Republic of Nigeria’.

‘This law, Mr. President alters the function of the Nigeria Police as stipulated in section 214 of the constitution of the Federal Republic of Nigeria 1999 as amended’.

‘Mr. President, it is a fact that states can make laws through the state houses of Assembly as enshrined in section 4 of the1999 constitution as amended. But the laws they must make must not be in conflict with the provision of the constitution’.