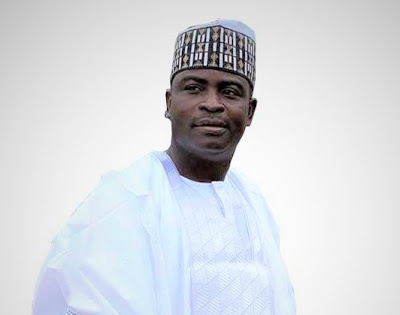 While his peers were navigating and searching for the path to making their respective dreams come alive, suave and successful Akeem Babatunde Ibrahim had set his feet on his way to a definite course to greatness as a teenager with a humble beginning.

Akeem, son of late billionaire oil baron Alhaji Issa Ibrahim, has everything unusual about him from the get-go of his burning desire to success – he seeks to be extraordinary in all he ventures into.

His father had migrated from Ifẹ̀ Odan, Ọ̀sun State, South-West Nigeria, as a young boy and settled with Akeem’s mother as a young couple in Ojà Odan, Ilaro in the West Senatorial District of Ogun State.

Akeem’s growing up was with an intense commitment to hard work which subsequently propelled him to become the most important key player in the transformation of his late father’s business empire.

The handsome dark-hued young lad’s business keen insight and veracity were spotted by his father, late Issa Ibrahim, who promptly got him involved in his business activities – it was the accurate stepping stone needed by a self go-getter like him. He never disappointed the family as he meticulously contributed to the unprecedented expansion of his father’s business entity including its cash-cow – Isbra Oil.

The late Alhaji Issa Ibrahim thereafter gave young Akeem a key role as a major decision-maker in the management team and as well handed over to him the responsibility of representing the company in virtually all transactions and deals both in Nigeria and abroad.

Tracks of his unblemished records showed he was wholly very supportive of his late dad business from his teenage years. It was his unalloyed commitment and attention to details and dedication that revamped Isbra Oil which subsequently become one of the biggest oil companies in the South-West Region of Nigeria.

Today, sitting atop a multimillion conglomerate – Akeem is the founder and Chief Executive Officer of HIMRA Global, a fast-growing business group.

The rapid growth of success of HIMRA Global, is not, however, surprising as his solid background speaks volumes of what he got up his sleeve.

Most times path to excel is always with multiple rocky spots but like how the proverbial farmer’s painstaking hard work earned him a harvest of cash crops and money, Akeem maintained consistency in honest enterprise until his efforts earned him inestimable rewards in goodwill, honour and wealth.

Armed with this hardy truth, Akeem wielded virtue like a spade and persistence, like a farm hoe; using both, he tilled the land and nurtured greener pastures both home and abroad, till he encountered fortune. The subsequent rewards for his efforts are growing established businesses in Nigeria and network in Europe and the United States.

Despite his growing fortune, Akeem, however, chose to live a very modest but quiet life – it’s a trait of inborn humility which wrapped his personality like a hidden precious emerald amid valuable stones.

He seeks to be the best yet does not want to appear to be the best. But despite his proclivity for excellence, young Akeem whose personality oozes mammoth reputation does not intend to model his exploits, a rare decision taken after kind legends of the past.

Akeem, however, is a man with a heart of gold, with endless service to humanity in various capacities. Like his late father, he is a philanthropist and a rare individual who is committed to adding soul-lifting values in the lives of the vulnerable.

He is married with kids, a devoted family man.