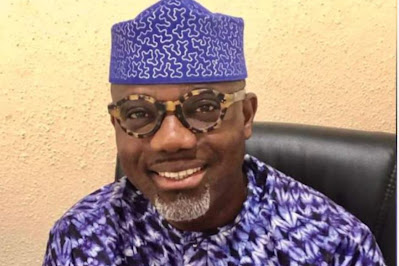 The Ogun State government has refuted the statistical agency, BudgIT Foundation’s widely publicised report on internally generated revenue across the 36 states of Nigeria titled “State of States, 2022 Edition” with respect to the state’s financial health status.

In a letter to the foundation’s director by the state Commissioner for Finance, Dapo Okubadejo, the state government described BudgIT Foundation’s ranking of Ogun State as having an IGR of N78.17bn for 2021 as inaccurate and misleading.

It, therefore, demanded a retraction of the said publication, which it said had caused the Gateway State reputational damage, and a publication of the updated figures and the true ranking of the state on BudgIT Foundation’s website.

The Ogun State government’s position has indeed been corroborated by the National Bureau of Statistics (NBS) which, on Tuesday, released the correct IGR figures for Ogun State, confirming the efforts by the Dapo Abiodun-led administration to put the economy on a sound footing and make Ogun Nigeria’s top investment destination.

According to notable industrialists and investors such as Tony Elumelu and Alhaji Aliko Dangote, Ogun, Nigeria’s most industrialized state, has benefited massively from Governor Abiodun’s experience as a board room guru before his foray into politics and election, on May 29 2019, as the fifth democratically elected governor of the Gateway State.