Is Fish Meat? All You Need to Know 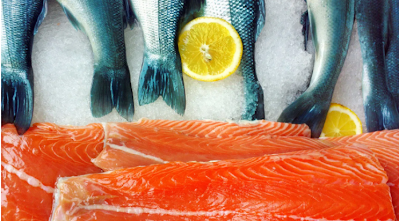 Many people wonder whether fish is considered meat.

While some claim that fish is technically a type of meat, others point out that there are many ways to classify meat.

Factors including religious guidelines, dietary restrictions, and nutritional differences can be used to categorize fish.

This article takes an in-depth look at whether fish is meat.

Whether fish is classified as meat varies based on how you define meat.

Your religious views, dietary preferences, and personal health needs can also factor into this judgment.

Many people rely on the dictionary definition of meat, which is “the flesh of animals as used for food”.

By this interpretation, fish would be a type of meat.

However, some people consider meat to only come from warm-blooded animals, such as cattle, chickens, pigs, sheep, and birds.

Because fish are cold-blooded, they would not be regarded as meat under this definition.

Others use the term “meat” to refer exclusively to the flesh of fur-covered mammals, which excludes animals like chicken and fish.

Religion may play a role

Certain religions have specific definitions of meat and differ on whether fish counts.

For example, in Judaism, fish that have fins and scales are considered “pareve.” This term applies to food products that are prepared from kosher ingredients that are neither meat nor dairy.

Furthermore, Catholics often abstain from eating meat on Fridays during Lent, a religious observance that stretches for about six weeks from Ash Wednesday to Easter.

Finally, many Hindus are lacto-ovo vegetarians, meaning that they don’t eat meat, fish, or poultry but may consume some animal products, such as eggs and dairy.

However, those who do eat meat often distinguish between beef and pork on the one hand and other types of meat, including fish, on the other

The nutritional profile and potential health benefits of fish are quite different from those of other types of meat.

For example, red meat is high in saturated fat, vitamin B12, iron, niacin, and zinc.

Eating fish has been linked to several health benefits. It may lower risk factors for heart disease by helping decrease belly fat and triglyceride levels, as well as increasing levels of HDL (good) cholesterol.

One 26-year study in more than 84,000 women found that eating red meat was associated with a higher risk of heart disease, whereas eating fish, nuts, and poultry was linked to a lower risk.

Other research suggests that eating fish instead of red meat may be linked to a lower risk of metabolic syndrome. This is a group of conditions that increase your risk of heart disease, stroke, and diabetes.

For this reason, health organizations like the American Heart Association recommend limiting your red meat intake and eating at least two servings of fish per week as part of a healthy diet.

Some people need to restrict their intake of certain types of meat for other health reasons.

For example, those with an alpha-gal allergy, also known as a meat allergy, can tolerate foods like fish and poultry but may experience an allergic reaction after eating beef, pork, or lamb

Vegetarian diets generally ban meat but may include fish, depending on the version of the diet.

For example, vegans abstain from all animal products, including meat, fish, poultry, dairy, eggs, and honey.

The pescatarian diet is another type of vegetarianism. It eliminates meat and poultry but permits fish and other types of seafood.

Other types of vegetarian diets may also include fish, such as the flexitarian diet, which allows for occasional consumption of meat, fish, and poultry.

Whether fish is meat depends on whom you ask. By some definitions, fish is considered meat, and by others, it isn’t.

Fish is the flesh of an animal used for food, and by that definition, it’s meat. However, many religions don’t consider it meat.

There are also several important distinctions between fish and other types of meat, especially in terms of their nutritional profiles and potential health benefits.

Ultimately, how you categorize fish depends on your religious views, dietary preferences, and personal beliefs.