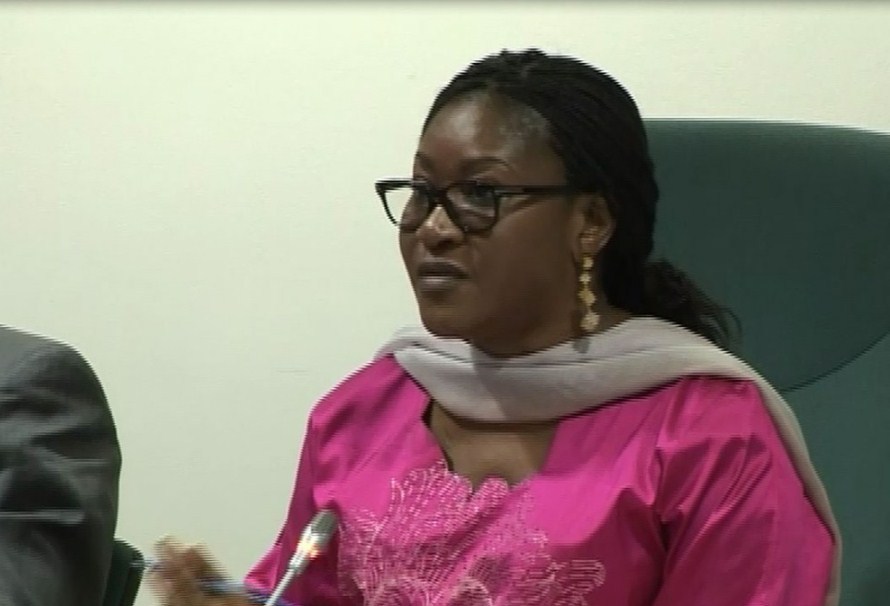 The Lagos State chapter of the ruling All Progressives Congress (APC) has unanimously picked seasoned politician and a former member of the Federal House of Representatives, Hon. Jumoke Okoya-Thomas as its woman leader in the state.

She would be taking over from Chief (Mrs.) Kemi Nelson, who has been on the seat for some years now.

Members of the party in the state have been in a joyous mood since the news of Hon. Jumoke Okoya-Thomas as the new woman leader emerged.

newsheadline247 understands that a consensus has been reached about the new executive members of the APC in the state, when the state Congress of the party holds on Saturday 19th May 2018.

It was also revealed that Mr. Tunde Balogun from Lagos Central will assume duty as the Chairman of the party in the state as the governorship position has been reportedly zoned to the South West in 2023.

Other proposed new executive members of the party in the state include Chief Sunny Ajose as Deputy Chairman, Mr. Wale Ahmed as Secretary, Hon. Jumoke Okoya as Woman Leader, while Bamgbola Hakeem would become the new Vice Chairman of the party for Lagos Central.

Sources informed us that the party leaders in the state decided to settle for Jumoke Okoya-Thomas as their Woman Leader based on her pedigree as a passionate politician, whose stay in the Federal House of Representatives is still being talked about in the state.

Jumoke, we were told, is seen as a unifying factor for the women in the party, not only in Lagos State but in the entire South West and beyond.

According to him, “Jumoke is loved by all. She is seen as a rallying point and a woman, who can make things happen for the women and the generality of the members of the party.

“Jumoke is kind-hearted, she is loyal and amiable. Everybody sees her as a genius, who will achieve anywhere she is.

“She has proven to be trustworthy and capable of bringing the womenfolk together, especially as another general elections are coming. We all know the roles women play in elections and Olajumoke is capable of mobilising the women for better results in the elections and in other activities of the party.”

The daughter of Chief Molade Okoya-Thomas, the Asoju Oba of Lagos, Olajumoke was born on the 20th of January 1957.

Olajumoke Okoya-Thomas became a member of the Federal House of Representatives on the 29th of April 2011 for a third consecutive term.

Her legislative interests is primarily on the Social Development of Women and Children.

She was the Chairman of the committee on Public Procurement and also a member of committees on Banking & Currency, Diaspora, Niger Delta and Women in parliament.

She was the chairman of the house committee of prisons.

Olajumoke Okoya-Thomas sponsored a bill on the compulsory breastfeeding of babies in 2013.

The bill failed because the representatives insisted that it is an issue best left out of the public domain as “no woman has to be forced to breastfeed her child” though they admitted the unarguable health benefits of breastfeeding.

Elections are expected to hold into the executive positions of the party during the Congresses and this has led to several political permutations, calculations and lobbying all over the country.

However, it will be recalled that the National Leader of the party,  Asiwaju Bola Ahmed Tinubu had told party members at their stakeholders meeting in Lagos, which held at the party secretariat in ACME,  Ikeja last month that executive members, who had served for more than two terms should give room for others to occupy the seats.