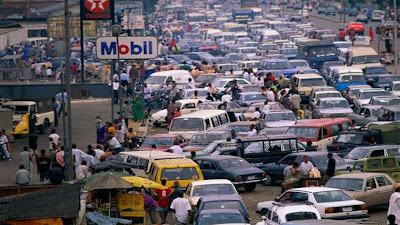 Thousands of Tunisians rally against president on 2011 revolution anniversary

The Lagos government has concluded arrangements to regulate the activities of major and independent petroleum marketers operating on major roads and traffic-prone areas.

The commissioner for transportation, Frederic Oladeinde, disclosed this in a statement on Thursday.

Oladeinde said the move by the transport ministry to regulate the activities of the marketers was necessary due to lingering fuel scarcity across the country.

He said the lingering fuel scarcity had continued to affect the free flow of traffic in Lagos.

The commissioner explained that the move became imperative to check indiscriminate queuing by motorists who oftentimes park carelessly on the roads and bridges to buy petroleum products, therefore, impeding the free flow of traffic.

He said petroleum marketers whose filling stations are on major highways and areas susceptible to traffic would be restricted to opening hours between 9:00 a.m. and 4:00 p.m. daily, pending when the fuel shortage crisis subsided.

He advised all major and independent petroleum marketers to comply with the directive or be sanctioned.