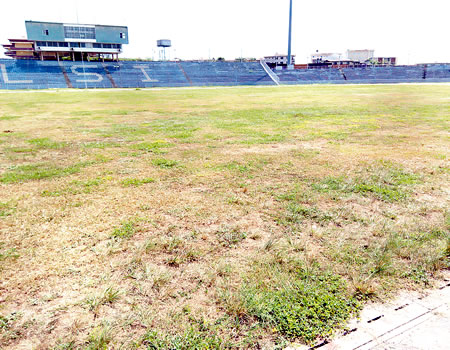 Were Chief Obafemi Awolowo to wake up from his place of eternal rest and see what has become of the Western Region of Nigeria, one of the places that would make him wail the loudest would be the Liberty Stadium, Ibadan.

He would wonder how a people he left, sophisticated, enlightened and largely educated, with respect for values and a way of life that set them apart from the rest, would destroy one of their greatest legacies on the altar of personal interests, materialism, bad conduct and poor political judgments.

The geographical disfiguration of Western Nigeria in an obscure structural and political arrangement has fragmented rather than united the region and diminished its place and influence within Nigeria.

Awo would be dazed at the catastrophe that has bedeviled the several infrastructure and institutions that his government and those of his immediate successors established and carefully programmed to take the region, and by extension the rest of the country and the Black race, to the pinnacle of global emancipation and development.

That was a common vision shared by some of the great African leaders of the past – Nkrumah, Nyerere, Lumumba, and even our own Azikiwe, and Ahmadu Bello. They all had a common cause but nursed different paths to achieve it.

In Western Nigeria where he was Premier, Chief Awolowo set a pace of development that left the rest on the continent for dead.

The Liberty Stadium, Ibadan, is a unique sporting complex that encapsulated the vision of the political leader described by late Odimegwu Ojukwu, as ‘the greatest President Nigeria never had’.

When I arrived Ibadan in 1971, Liberty Stadium, built around the celebration of Nigeria’s Independence in 1960 by the government of Western Nigeria under Chief Awolowo, was still ‘alive’ and actively fulfilling the objectives of its founder as the centre of sports engagement, activity and development in West Africa’s largest city.

Chief Obafemi Awolowo, even in the 1950s had understood the immense power of sport in national development.
Apart from the State-of-the-art sports facilities that he put in place, he also developed the human capacity to manage and maintain the facilities, and introduced programmes and events that drove the entire sports agenda.

That’s why in 1963, his government actively partnered with other stakeholders to host the first World boxing title fight in Nigeria inside the Liberty Stadium, between Nigeria’s Dick Tiger and America’s Gene Fulmer, in what was planned to test and to showcase Western Nigeria’s emergence as an authentic technological, social, cultural and economic regional power.

That fight was transmitted to the whole world from the stadium through Africa’s first Television Station established also in Ibadan, a rare feat in those days when several European countries were themselves new to television.

Ibadan welcomed the whole army of agents, managers, the media and the world’s boxing travelling fans who, in their hundreds, followed the train of the best boxing fights around the world.

For months before and after that fight Western Nigeria was the focus of the world’s major media. It was unprecedented advertisement for one of the fastest and most ambitious developing regions in the whole of West Africa. Surely, the region was on a trajectory that would have made it a global superpower within a few decades were it to have sustained that momentum.

In 1971, I still met the structures, facilities, and personnel running the sports agenda of Chief Obafemi Awolowo and his immediate successors. It was a visionary script for the development of Western Nigeria with sports as a major contributor.

The product was to become a model for emulation by other parts of the country, and a launch pad for Awolowo’s political ambition to lead the rest of the country.

The North, Mid-West and the Eastern parts of Nigeria joined in a healthy race to catch up with the West, leading to an unwritten competition each region harnessing its best resources to develop its environment, with the West obviously setting the fastest pace.

Liberty Stadium was a great showpiece; its architecture was unique; some of its facilities were world class; its maintenance regimen was a delight to watch and became a local tourist attraction for visitors; its sports facilities engaged the teeming youths from schools and sports clubs, and produced national champions in many sports.

The stadium was well ahead of its time in the facilities within it.

When it was taken over by the Federal Government for renovation for the proposed 1995 FIFA World Youth Championship, the engineers in an Israeli firm that was contracted to do the job because they ostensibly had the latest technology in the world, lamented to us that what they met on ground in the Liberty Stadium was far ahead of whatever they had brought to ‘improve’ the stadium.

They admitted that the drainage system underneath the stadium pitch was better than the untested ‘Cell’ underground watering system they had brought and wondered why Nigerian sports administrators in charge were insisting they should go ahead with the excavation and demolition when they advised against it.

In ‘renovating’ the stadium, the Israelis completely destroyed it. Since that ill-informed deliberate destructive act, the Stadium has remained prostate, its painted walls a shell and a constant and painful reminder of what was once one of the best in the world.

The stadium was a ‘Mecca’. People came on excursions for a tour of the facilities. They would wait and watch the well-choreographed watering system of the turf that took place three times every day throughout the year.

Hundreds, probably thousands, of spectators came daily to watch the training sessions of star athletes on the facilities – the great Shooting Stars FC on the lush green football training field, track and field, cricket, volleyball, badminton, basketball and table tennis athletes many of whom were representing Nigeria at the time.

The youths from all over the State came in droves, mornings and evenings, to ‘drink’ lavishly and freely from the well of inspiration of the known star athletes training daily at the stadium.

The stadium had excellent functional floodlights. Many of the international matches Shooting Stars played at the time, mostly against football clubs from Germany, England and even Brazil, were played at night.

My own first international match, was against Central African Republic during preparations for the First National Sports festival in 1973. It was played under floodlights inside the Liberty stadium.

There was a stand by generator that hardly ever was put on because electricity to the facility was a priority. Although there was regular water supply to the complex, it still had a reservoir of its own that could easily service a whole segment of Ibadan.

The stadium hostel for athletes was like a two-star hotel.

Liberty Stadium Ibadan is today a shadow of its old self, a sad reminder of a once glorious Western Nigeria.

The South West has taken its eyes off its greatest responsibility – to drive the evolution of an authentic global Black civilization using the region as theatre.

Old Western Nigeria is groaning under the affliction of poor political judgments. A mono-cultural and monolithic region has been fragmented by physical arrangements making it lose it focus of a dream to lead by example by building a strong and competitive economic, cultural, technologically advanced and industrial environment and be a major player in the world.

As 2019 approaches and leaders are about to be elected, the spirit of Awolowo, encapsulated in the Liberty Stadium complex, Ibadan, waits patiently, reminding all about how important it is to choose new leaders from amongst them that can get back on the tracks of the founding political fathers of the old, old West and rebuild the entire South West.