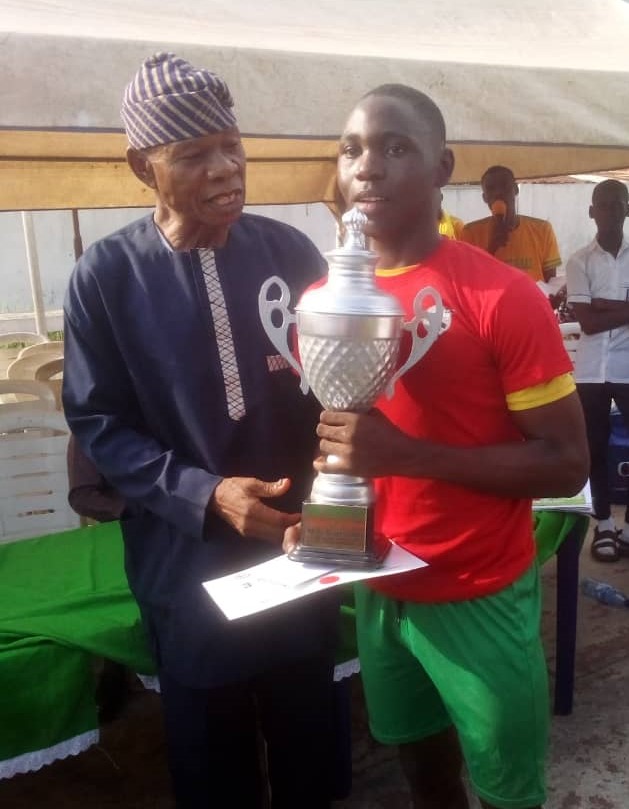 Mac Job Grammar School Onikolobo Abeokuta and God’swill High School, Ipokia have respectively emerged as the champions in the male and female categories of the third edition of the annual late Chief Adetunji Jibowu handball competition for secondary schools in Ogun State.

In the male category, the boys from Mac Job School in Abeokuta beat the hard fighting defending champions, Iganmode Grammar School, from Ota, Ado-Odo/Ota in a keenly contested final.

In the classification matches, the God’swill High School Ajegunle Idiroko boys clinched the 3rd position in the male category while girls from Yewa College Ilaro came 3rd in the female category.

Head, Technical and Chairman of the organizing committee of the competition, Coach Abel Aihonsu, in his remarks after the completion of the third edition of the contest, expressed his profound gratitude to the Ogun State handball veterans in the Diaspora for their selfless financial and moral support for the sport in the state.

Among those who were commended for their total support for the school tourney include the Chairman of the Veterans, Adeyemi George (Osawe), the Chairperson of Veterans in Diaspora, Mrs Toyin Balogun, the State Veterans Secretary Lukman Babatunde Daramola and Chairman Handball CDC in Nigeria, Mr Gbenga  Akinwumi.

The collegiate handball contest which is in conjunction with the Ogun State Handball Association is an annual secondary schools’ competition in honour of a late former coach, Adetunji Ajibowu, one of the renowned pioneer handball coaches in Ogun State.