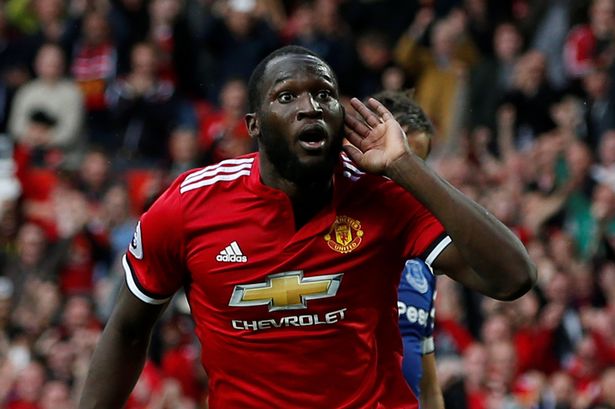 British anti-discrimination group Kick It Out on Tuesday called on Manchester United fans to stop a “racist” chant about striker Romelu Lukaku.

The 24-year-old arrived from Everton in the summer for a fee that could reach £90 million ($121 million, 101 million euros) and has quickly become a popular figure among supporters, netting seven goals in as many games.

Lukaku already has a chant in his honour but the song, to the tune of the Stone Roses’ “Made of Stone”, refers to the size of his penis, using a stereotype about black men that has led Kick It Out to call for action.

“Kick It Out is aware of footage of alleged racist chanting by supporters of Manchester United that emerged on Wednesday,” said a spokesman for the group.

“The lyrics used in the chant are offensive and discriminatory. Racist stereotypes are never acceptable in football or wider society, irrespective of any intention to show support for a player.

“We have contacted Manchester United regarding the issue and will be working closely with them and the FA (Football Association) to ensure that it is addressed swiftly.”

A United spokesman said: “We are seeking advice from the relevant bodies. Manchester United has a zero-tolerance (approach) towards all forms of discrimination.”

Scott Patterson, a season-ticket holder who runs the The Republik of Mancunia blog, called the chant “drivel that belongs in the 1980s”.

“It’s a cheap and insulting stereotype that has no place in this day and age,” he posted.