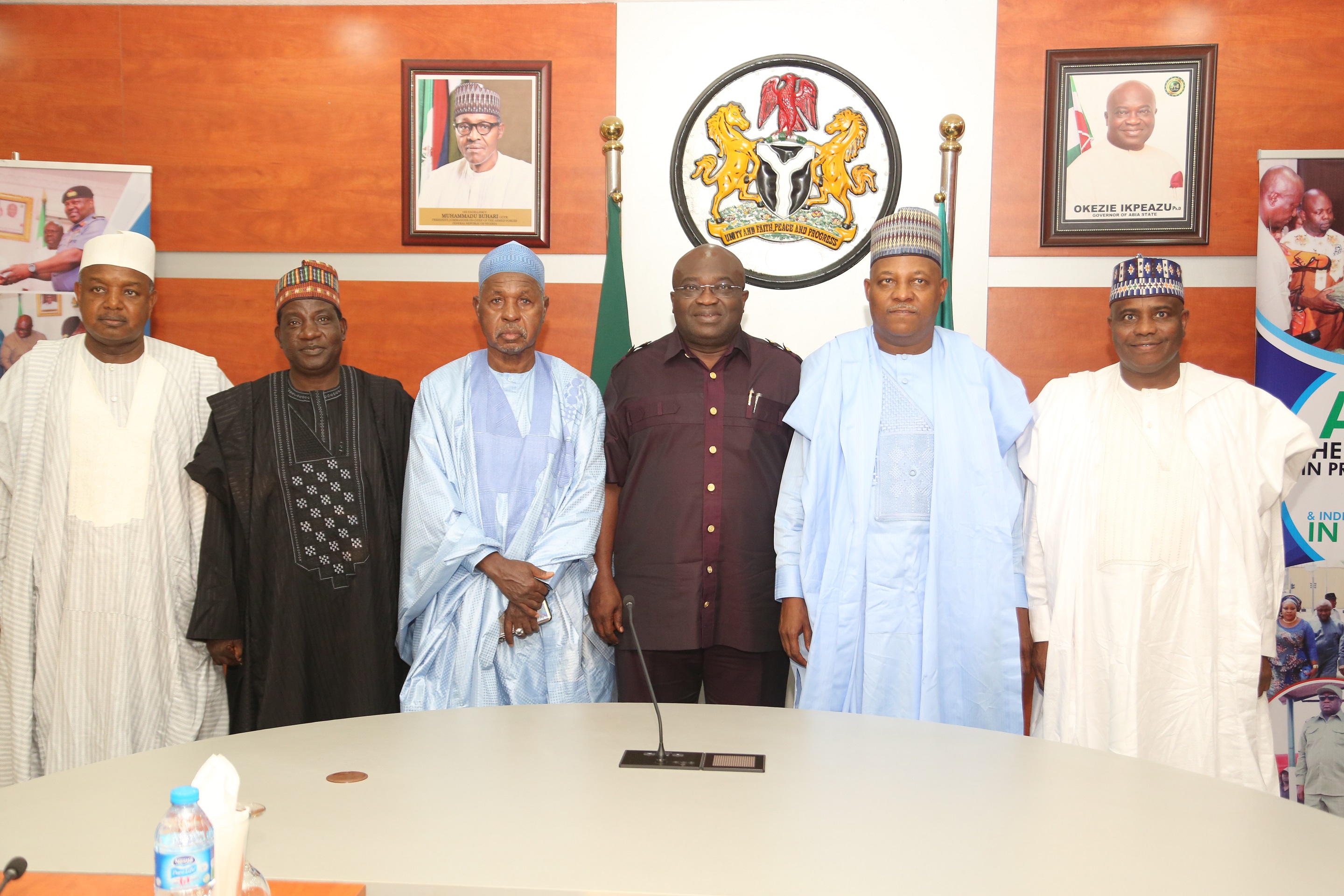 A delegation from the Northern Governors Forum will today and tomorrow pay
a visit to the South East and South South geo-political zones of the
country in efforts to douse tension and promote peace and dialogue among
all sections of the country.

The team, to be led by the Chairman of the Forum and Governor of Borno
State, Alhaji Kashim Shattima, will have in the team Governor Aminu Bello
Masari of Katsina, Aminu Waziri Tambuwal of Sokoto, Abubakar Atiku Bagudu
of Kebbi and Hon Simon Lalong of Plateau States..

“The delegation will hold meetings with their counterparts in Rivers, Abia
and Imo States.

“Apart from the visit to political leaderships in those states, the
delegation is expected to meet with traditional and religious leaders.
They will also confer with Northerners resident in those states.

“Importantly, the delegation will reassure their counterparts in the South
South and South East that all Nigerians are free to stay in all parts of
the country, especially in the North, and that the entire North stands
with the people of South East in this period of heightened tension,”
according to a statement issued by Tambuwal’s spokesman, Malam Imam Imam,
on behalf of the other Governors.

The visit has the blessing of President Muhammadu Buhari.and the
consultations will continue with all stakeholders so as to enhance unity
and peace in the federation.     Pointblank News