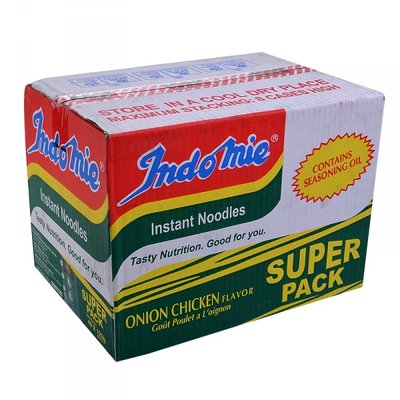 The indomie noodles manufacturer acquired the food unit of May & Baker Plc, makers of Mimee noodles in a deal said to be worth N775 million.

newsheadline247 understands the transaction was also wrapped up to be a 100 percent acquisition of May and Baker’s food division, and less than 10 percent of its total balance sheet.

Recall that in November 2017,  Dangote Food, makers of Dangote noodles, sold two of its production lines to the company.

May & Baker’s head of communication, Sandra Aduba,  said the deal, which is worth N775 million is a 100 percent acquisition of May and Baker’s food division, and less than 10 percent of its total balance sheet size.

“The noodles industry is a red ocean and a loss contributing unit for us hence the decision to sell. The board and shareholders approved the sale at an EGM held on November 23, 2017,” Aduba told BusinessDay in an email.

She said the company embarked on the acquisition “in furtherance of our aim to contribute to the growth of the Nigerian economy, enhance production capacity and focus on non-oil exports to meet the needs of  Economic Community Of West African States(ECOWAS) market and beyond which, will deliver optimum values to all our stakeholders.”

Aduba said the divestment will provide the cash needed by the company to focus on its new corporate vision.

“We are re-focusing on our new vision of being a leading healthcare brand not just in Nigeria but in the SSA region leveraging on our Biovaccines JV with the government,” she said.

“Our new agreement with National Institute for Pharmaceutical Research and Development (NIPRD) to launch a new sickle cell drug; launching of our nature care brands and new products portfolio.

“We are focused on delivering excellent returns for our shareholders and good value for all stakeholders. We will also be coming out to the stock market to raise fresh capital this year to drive our new vision.”

May & Baker was founded in 1944 as a pharmaceutical company. In 2006, the company expanded its operations and became a fast-moving consumer goods company in 2006 with the establishment of its food processing unit.

DUFIL on its own part was incorporated in 1993 and specialises in the production of noodles and vegetable oil.