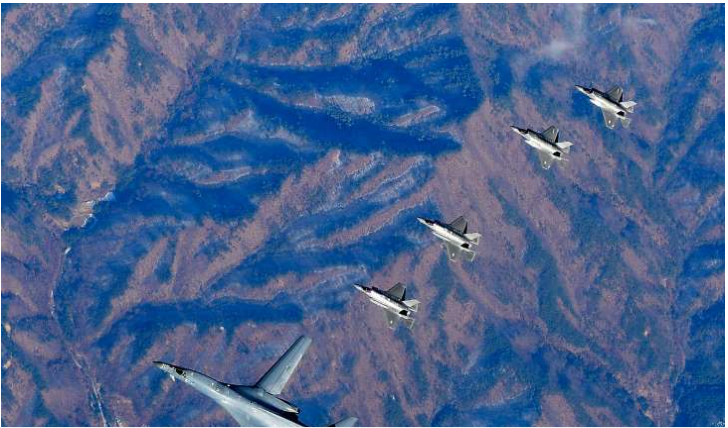 SEOUL, Dec 7 (Reuters) Large military drills being carried out by the United States and South Korea and U.S. threats of a preemptive war against Pyongyang have made the outbreak of war on the Korean peninsula “an established fact,” North Korea’s foreign ministry said.

A spokesman for the North’s foreign ministry also blamed “confrontational warmongering” remarks by U.S. officials for pushing the peninsula to the brink of war.

“The remaining question now is: when will the war break out?” the spokesman said late on Wednesday in a statement carried by North Korea’s official KCNA news agency.

“We do not wish for a war but shall not hide from it,” he said.

Tensions on the Korean peninsula have risen markedly in recent months after North Korea’s latest missile and nuclear tests, conducted in defiance of international pressure and United Nations resolutions.

North Korea said last week it had tested its most advanced intercontinental ballistic missile yet, which was capable of reaching the United States.

White House national security adviser H.R. McMaster said at the weekend the possibility of war with North Korea was “increasing every day.”

U.S. Republican Senator Lindsey Graham also urged the Pentagon on Sunday to start moving U.S. military dependants, such as spouses and children, out of South Korea, saying conflict with North Korea was getting close.

On Wednesday, a U.S. B-1B bomber joined the joint U.S.-South Korean military exercises, which are called “Vigilant Ace” and will run until Friday.

North Korea, which regularly threatens South Korea, the United States and their allies, has denounced the exercises.

“Recently, as the U.S. is conducting the largest-ever joint aerial drill on the Korean peninsula targeting the Democratic People’s Republic of Korea, its high-level politicians are showing alarming signs by making bellicose remarks one after another,” the North’s foreign ministry spokesman said, using North Korea’s official name.

“These confrontational war-mongering remarks cannot be interpreted in any other way but as a warning to us to be prepared for a war on the Korean peninsula,” he said.

The rising tensions coincide with a rare visit to the isolated North by United Nations political affairs chief Jeffrey Feltman this week, the highest-level U.N. official to visit North Korea since 2012.